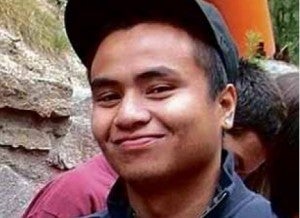 MANILA, Philippines – After 25-year-old Filipino-American Ralph De Leon was found guilty of terrorism-related charges, the Department of Foreign Affairs (DFA) said that they will continue to extend legal assistance to him and his family “during this difficult period.”

“The Philippine government is naturally disappointed but respects the jury’s decision. It must have been difficult for the jury as well as the family of Ralph De Leon,” DFA spokesman Assistant Secretary Charles Jose told reporters in a briefing Monday.

“No one expected a stand-out student of California State University in San Bernardino, California to be [recruited by a terrorist organization]. Most especially his parents whose hope was for a better life for their family in America, they certainly did not expect this nightmare,” he said.

De Leon, who was born in the province of Laguna, was arrested in November 2012 along with Miguel Santana and Arifeen David Gojali as they were allegedly leaving the United States to carry out their terror plot.

Also arrested in Afghanistan for the plot was Sohiel Omar Kabir, allegedly the ringleader of the plot and the one who recruited Santana and Gojali.

De Leon has found guilty of three charges: conspiracy to provide material support to terrorists, conspiracy to commit murder, kidnapping or maiming overseas, and conspiracy to murder “officers and employees” of the United States.

Kabir was found guilty of four charges while Santana and Gojali pleaded guilty.

“Indeed, the overreach of the recruiting arms of terrorists organizations have become clear and present dangers for many communities around the world,” Jose said.

Two terrorism charges against De Leon are still set to be heard as the judge was not able to reach a verdict while Kabir is set to be sentenced in February 2015.

“We shall also continue to await the prosecutors’ actions on the two charges that have stalled against De Leon,” Jose said.

“Our consulate in Los Angeles will confer with Ralph, his lawyer and parents so they can fully assist during the sentencing phase and comfort the parents during this difficult period,” he said.

Filipino on trial in California for terrorist plo