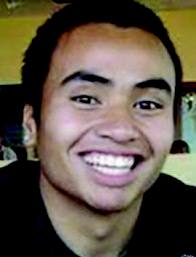 RIVERSIDE, California—Jurors must weigh whether two Inland Empire men, including a Filipino, posed a true threat with their plans to travel overseas and join Al Qaeda or if investigators exaggerated, as their trial resumed in federal court here.

Kabir, a naturalized American citizen who was born in Afghanistan, allegedly persuaded Deleon, a Filipino citizen and legal resident of the United States, and two other men to go to Afghanistan to fight alongside the Taliban and later join Al Qaeda.

The other men, Miguel Alejandro Santana, 23, of Upland and Arifeen David Gojali, 23, of Riverside, are scheduled to testify against the remaining two defendants.

Deleon, Santana and Gojali were arrested in November 2012 as they prepared to leave California to rendezvous with Kabir, who had relocated to Afghanistan, according to the LA Times. Kabir was seized by American soldiers in Afghanistan and returned to the United States to face charges.

A confidential informant who became close with the men recorded audio and video of them as they spoke openly of their plans. The suspects allegedly began physical and weapons training. Deleon dropped out of college and sold his car to raise money for the trip, prosecutors say.

“This was a very carefully planned out plot by the government from the investigation stage onwards,” the LA Times quoted David Thomas, who represents Deleon. “It was a manufactured prosecution, is our argument. They had their target two years ago and executed.”

On Friday, August 15, the second day of testimony, witnesses included a firearms range manager and a Customs and Border Protection inspector who testified about the men’s actions before their arrest.

After the prosecution showed video from a hidden camera reportedly taken by the informant of Deleon firing weapons at the range, defense attorneys challenged the evidence, saying that only the informant could verify the authenticity of the video. The defense has subpoenaed the informant to appear.

Although U.S. District Judge Virginia Phillips determined that the video evidence was admissible, the confidential informant remains a sticking point in the case.

The Los Angeles branch of CAIR, the Council on American-Islamic Relations, an advocacy organization, alleges that the frequent federal use of informants in terrorism cases can lead to entrapment of suspects.