Alert up for Islamist recruiters from ME
By: TJ A. Burgonio - @inquirerdotnet
Philippine Daily Inquirer / 01:39 AM September 28, 2014 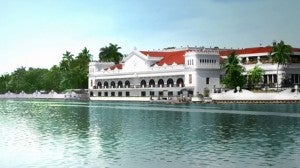 The government isn’t taking lightly the threat posed by the Islamic State (IS) to the Philippines, Malacañang said on Saturday.

So far, the military has maintained that IS has no direct ties with the Abu Sayyaf, which has threatened to behead one of two German hostages it is holding by Oct. 10 unless Germany withdraws its support for a US-led air campaign against the jihadist group that has seized large swaths of Iraq and beheaded Western hostages.

If at all, the Abu Sayyaf bandits are sympathizers of IS, joining the bandwagon to gain popular support, according to Lt. Col. Ramon Zagala, spokesperson for the Armed Forces of the Philippines.

Even so, deputy presidential spokesperson Abigail Valte said on Saturday, the authorities have been alerted to the possible entry of IS operatives into the Philippines, especially through the southern islands where the Abu Sayyaf operates.

“[W]e assure you that we do not take it lightly. We don’t wish to be dealing with another problem, and another trouble,” Valte said.

“The good thing about this is, we’re getting help from our Muslim brothers to ensure that none of these elements [will be able to] slip into the country,” she added.

Valte said the government would verify with the military reports that France had raised its “vigilance alert” against IS to 40 countries with Muslim populations, including the Philippines.

The Bureau of Immigration has also tightened entry procedures for foreigners coming from the Middle East and Africa following reports that IS is recruiting fighters in Asia.

“We are not on red alert status, but we are paying careful attention to them,” Immigration Commissioner Siegfrid Mison said in a television interview on Saturday, referring to possible IS recruiters.

By “careful attention,” Mison said he meant the travel histories and plans of the passengers coming from troubled places in the Middle East and Africa would be thoroughly examined by immigration officers.

In case of doubt, he said, a traveler will be referred to a “secondary inspection,” meaning closer interrogation.

“There will be more questions and it may take more time than usual,” Mison said.

Mison said the immigration bureau had contacted international organizations to obtain a list of people associated with IS.

Swearing loyalty to IS

An Abu Sayyaf group led by Isnilon Hapilon swore allegiance to IS on YouTube in July, the latest sign, according to a report released by a security group last week, that the Middle East jihadist group’s brand of radicalism is winning recruits in Asia and posing a growing security risk in the region.

But National Security Adviser Cesar Garcia said on Saturday that Hapilon’s pledge of allegiance to the Islamic State was a “shallow show of support” for IS, riding on the popularity of the Middle East group in the international jihadi community.

“We have no reports of other factions doing the same,” Garcia said in a text message to the Inquirer.

According to Garcia, the Abu Sayyaf is not a “monolithic group,” as it is composed of several subgroups that have either “religious or ideological moorings” or criminal inclinations.

“We don’t think there is an organizational link between [IS] and [the Abu Sayyaf], or any Philippine terrorist [or] jihadi group for that matter,” he said.

“What is possible, however, is that through social [media], individual jihadists in the Philippines are in touch with jihadists elsewhere, some of whom may belong to any of the affiliates of al-Qaida or even [Islamic State],” he added.

Security officials believe that more than 100 people from Southeast Asia’s Muslim-majority countries of Indonesia and Malaysia and from the southern Philippines have gone to join Islamic State’s fight in Iraq and Syria.

According to the security report, Malaysian and Indonesian militants have discussed forming a 100-strong, Malay-speaking unit within Islamic State in Syria.

On Thursday, Adm. Samuel Locklear, who heads the US Armed Forces’ Pacific Command, said around 1,000 recruits from India to the Pacific may have joined Islamic State to fight in Syria or Iraq. But he did not specify the countries or give a time frame.

“That number could get larger as we go forward,” Locklear told reporters at the Pentagon.

In addition to India, the Hawaii-based Pacific Command’s area of responsibility covers 36 countries, including Australia, China and other Pacific Ocean states. The command does not cover Pakistan.

In the region, security analysts say, thousands have sworn oaths of loyalty to IS as local militant groups capitalize on a brand that has been fueled by violent online videos and calls to jihad through social media. Security officials say this has disturbing implications for the region, especially when battle-hardened fighters return home from the Middle East.

The Abu Sayyaf group that threatened to kill a German hostage unless Germany withdraws its support for the US-led coalition bombing IS targets in Syria and Iraq is led by one-armed septuagenarian Radullan Sahiron.

Sahiron’s group is also demanding $5.6 million in ransom for the two German hostages, whom the bandits seized from a yacht in the West Philippine Sea in April.

But the government has refused to step in, with Defense Secretary Voltaire Gazmin saying “the government does not negotiate with terrorists.” With reports from Niña P. Calleja