PH peacekeepers in Haiti back for much-needed vacation 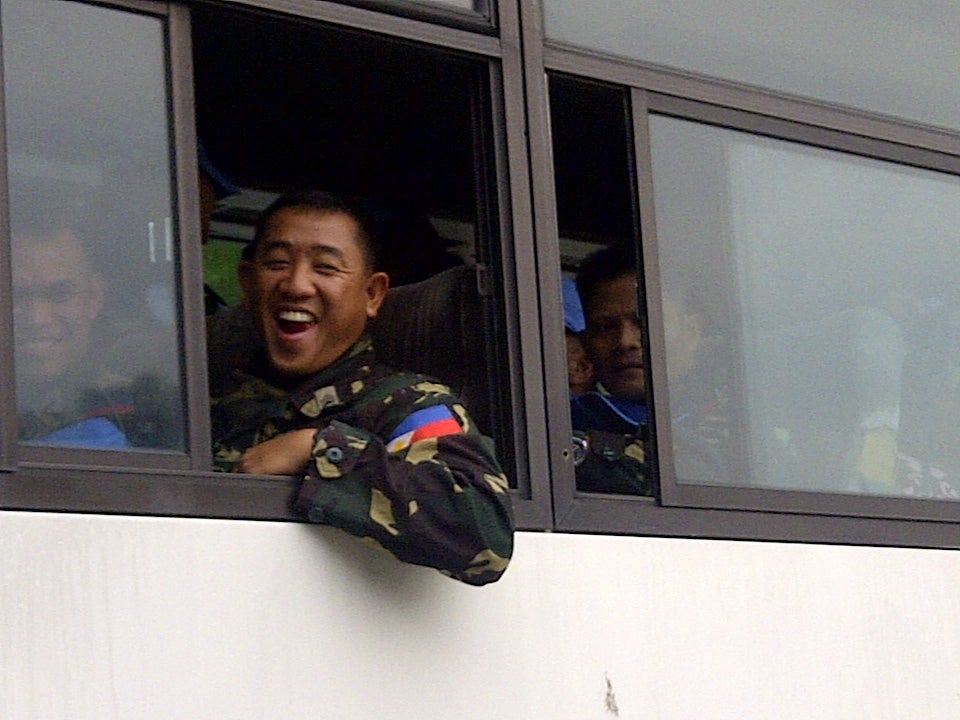 Of the 133 soldiers aboard a UN-chartered flight from Vim Airlines, nine are women, including two officers.

She added that 24 still remained in Haiti, which has suffered from armed conflict for decades and a massive earthquake in 2010, to train and orient the 18th PCH that left the Philippines on Monday.

Despite the homecoming, none of the Peacekeepers’ family members greeted them.

Domingo said that the peacekeepers would immediately go straight to the AFP Medical Center for a six-day quarantine.

“It would be quite heartbreaking for the soldiers if they would not be able to interact with their families when they return home,” Domingo said. “After their quarantine, they can go straight to their families and spend a month with them before reporting back to their mother commands.” 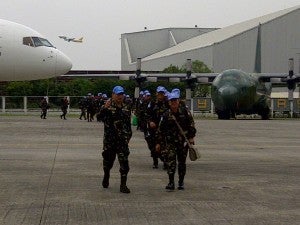 Camacho said that her troops have a unanimous goal upon returning home.

“After more than 10 months in Haiti, and six more days in quarantine, we all want to go to a vacation,” Camacho said smiling.

Speaking to his troops for a brief moment, Catapang shared some holiday joy and a few cheers.

“Advanced Merry Christmas to all and welcome back our heroes,” Catapang said.

Even seas and oceans away from home, Camacho said it was impossible for them to be sad as their camp was one big wi-fi zone.

She said that soldiers could talk to their families with no problem at all.

“We have modern technology, we have Viber, Facebook, e-mail, so our loved ones back and us can talk, there’s no sadness at all,” the mother of one said. “The whole camp is wi-fi ready, the soldiers won’t feel sad.”

She added that unlike the situation in Golan Heights, they did not feel threatened in Haiti citing that the country was “peaceful.”

“We served as the ambassadors of peace, we gave it all for the mandate of UN,” Camacho said.

“We have a different situation in Haiti, it’s peaceful there.”

Fresh batch of PH peacekeepers off to Haiti