Danish envoy on return to PH: Feels ‘like coming home’ 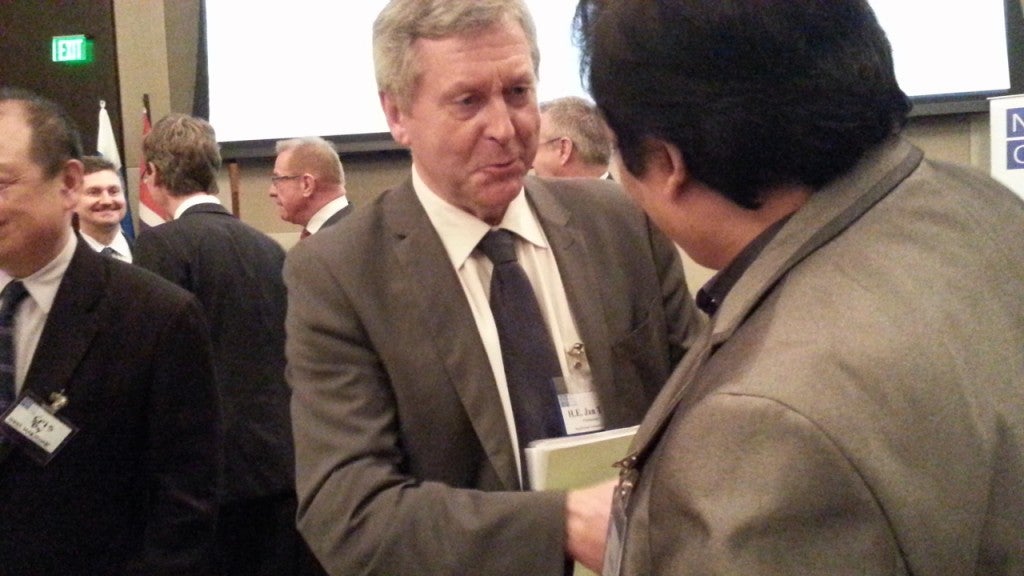 MANILA, Philippines—After 24 years, the Ambassador-designate of Denmark to the Philippines is back in the country very optimistic and enthusiastic about reopening their Embassy which was closed back in 2002.

Ambassador-designate Jan Top Christensen said he felt like he was coming home when he arrived in the country last August 2014.

He was previously in the Philippines for three years from 1987 to 1990 working for the United Nations High Commission for Refugees as the head of a refugee camp in Puerto Princesa, Palawan with 10,000 Vietnamese who fled their country after the Vietnam War.

“It was very much like coming home. I love this country, I love the Filipino-mentality, high-spirited, open and positive-thinking,” Christensen told INQUIRER.net in an interview after the Nordic Business Council of the Philippines (NBCP) Ambassador’s Luncheon Tuesday.

“I’m so happy to be back. It’s going to be fantastic to see how things develop. With this potential here, [outlook here] it’s very positive,” he said.

The NBCP is an organization that supports business relations between the Nordic countries, Denmark, Norway, Finland, Sweden, and Iceland, and the Philippines.

Christensen said that many companies, business organizations, and financial institutions back in Denmark have been very interested in the reopening of the Embassy in the Philippines so they can look at possible investments.

Denmark is among the world’s most developed countries consistently landing at the top of international rankings in the sectors of education, health care, government transparency, human development, among others.

It is also among those with the lowest levels of corruption and the lowest income inequality.

Christensen noted how much has changed with the Philippines since he was here during the administration of former President Corazon Aquino, the mother of incumbent President Benigno Aquino III.

“I had a development view of the Philippines from the Puerto Princesa side and I saw how unruly it was,” Christensen said, referring to the aftermath of the Edsa People Power Revolution that toppled president Ferdinand Marcos. 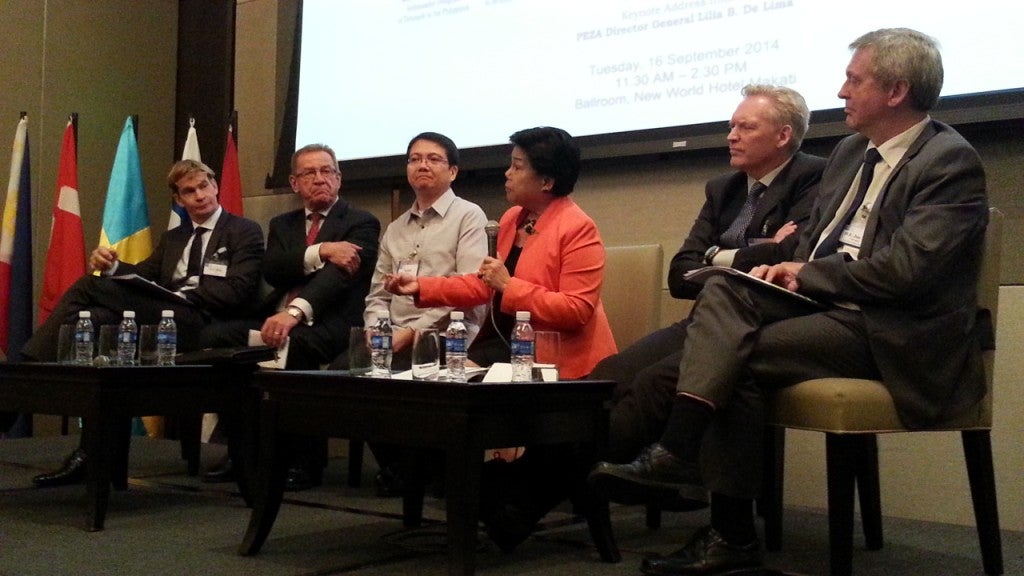 Philippine Economic Zone Authority (Peza) Director General Lilia De Lima (center) speaks to the Nordic Business Council in the Philippines (NBCP) about the advantages of putting up their business in the Philippines. With her are the Ambassadors of Sweden, Norway, Denmark, and Finland, the four biggest Nordic countries. MATIKAS SANTOS/INQUIRER.net

“It was a very good thing that Cory Aquino took over because it’s a lot easier for her to have full authority in the country,” he said, noting several coup d’état attempts against her during her term. “It was a very interesting and fascinating period.”

Christensen also said he remembers reading about then Colonel Gregorio Honasan II who led some of the coup attempts against Aquino and said that he was surprised now that Honasan has been elected as a Senator.

Asked about how he is now back in the Philippines and the incumbent president is Cory’s son, Christensen praised President Aquino saying that he is following up on his mother’s intentions.

“I definitely see that the political steps he has taken are moving the Philippines forward. The anti-corruption policy is very much his legacy and he’s following up on his mother’s intentions,” he said. “But it is something that has to be continued for the sake of the future of the Philippines.”

Lilia De Lima, Director General of the Philippine Economic Zone Authority, presented to the NBCP the advantages of setting up their business in the Philippines.

She said that the Philippines are among the best workers in the world with a high literacy rate of 98 percent, English proficiency, and they are very easy to train.

“Our competitive edge continues to be our Filipino workforce … who require only about two months of training compared to four to six months in other countries in the Southeast Asian region,” De Lima said.

“In the Information Technology sector, Filipino workers are considered as global knowledge workers because they are very intelligent and are able to compete with the best of the highest levels in the world,” she said.

De Lima urged the NBCP to establish businesses in the Philippines so they can take advantage of the country’s strong economic growth and the highly-skilled labor force.

“You have the technology, you have the capital, but you lack the human resource which we can supply. The synergy is there, the win-win solution is there. You bring your projects here and you will never run out of people to hire and they are among the best in the world,” she said.

Christensen agreed with De Lima’s points saying that one Danish company had transferred two of their factories from Vietnam to the Philippines.

“Your edge is the English proficiency. It gives you an edge compared to the rest of the ASEAN countries. It’s just one reason why a Danish company decided to invest in a factory here instead of continuing in Vietnam,” Christensen said.

“They had set up two factories in Vietnam but now they invest here in a factory of 2,000 people making advanced high-tech hearing aid. One of the deciding factors is the proficiency in English because it makes it much easier to do the training of the local people here than in countries where they don’t have this level of English proficiency,” he said.

Christensen remembered how there was not a single paved road in Puerto Princesa when he was first here.

“At that time, it was pioneer-land. When I arrived in ‘87 there was not a single paved road on Palawan,” Christensen said.

He also said that he was already able to see the Puerto Princesa Underground River even before it became an international tourist attraction.

“I flew in together with an [Armed Forces of the Philippines] Western Command general in 1988. We landed on the beach in a helicopter and went in the Underground River on a banca. I know it already,” he said.

Asked whether he had already gone back to see how things have developed, he said he will once he has presented his credential to President Aquino.