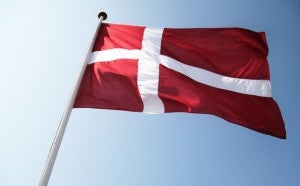 MANILA, Philippines—The “impressive growth” the Philippines has achieved in recent years convinced Denmark to reopen its embassy in Manila after 12 years of managing its affairs here through Kuala Lumpur, Danish diplomats said.

Nicolai Ruge, Denmark’s nonresident ambassador to the Philippines based in Malaysia, said the Danish government would push through with reestablishing its permanent mission in the Philippines in August, having appointed a new resident envoy familiar with working in the country.

“Last year … I did venture to say that we at the Danish Ministry of Foreign Affairs were exploring the option of establishing a more permanent presence in the Philippines. But (we) also cautioned that in times of financial prudence and restraint, it might not be a full-fledged embassy,” Ruge said on Thursday night during the celebration of Denmark’s Constitution Day in Makati City.

“I am extremely delighted to say today that while my caution might have been well-founded, it turned out to be unwarranted,” Ruge said.

“As part of a major reorganization of the Danish Foreign Service, my government decided to reopen a full-fledged embassy in Manila.”

Ruge said the embassy in Manila shut down in 2002 after 23 years of operation as “part of a major cost-cutting exercise” introduced by the then new Danish government.

He said the new embassy would take care of both political and visa and consular affairs, as well as trade promotion.

The Danish Foreign Ministry has named Jan Top Christensen, formerly a United Nations official assigned in the Philippines, as its envoy to Manila. He is expected to arrive on Aug. 1.

Ruge cited Christensen’s long experience in foreign service, having served as ambassador to Lebanon and Saudi Arabia, and as Denmark’s permanent representative to the UN.

“And not the least, he knows the Philippines very well,  having lived here back in the 1980s, working for the UN High Commissioner for Refugees,” Ruge said.

The deputy head of mission at the new embassy, Pia Heide Salman, has arrived in Manila. She will head the mission’s visa and consular section, having handled the job at the home office and the Danish consulate in Guangzhou, Ruge said.

Denmark is recruiting local staff for the new embassy while deciding on the embassy’s new location, said the envoy.

“The physical location of the new embassy has not been decided yet and it is, therefore, not certain when exactly it will be able to welcome the first guests and costumers,” Ruge said.

“But it is quite certain that among the first guests will be a minister from Denmark to officially reopen the embassy and initiate what will no doubt be more frequent exchange of high-level visits and closer political and trade relations,” Ruge said.

Erik Møller Nielsen, the outgoing Royal Danish Consulate’s honorary consul in the Philippines, said the new embassy in Manila was among only four foreign posts around the world that Denmark decided to open this year.

He noted the challenges of covering Denmark’s affairs in the Philippines from another country, including the provision of consular services, and facilitating trade and other bilateral activities with the Philippines.

Without an embassy here, visa applications to Denmark were handled by the Norwegian Embassy in Manila.

“In general, it’s important to be on the spot. That’s where the business is done,” said Nielsen, who served as Danish honorary consul for 10 years.