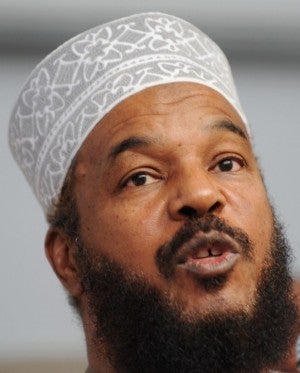 MANILA, Philippines — A Canadian Islamic preacher detained for being a security threat in the Philippines was flown back to Canada after agreeing to be deported, the immigration bureau said Sunday.

Jamaican-born Abu Ameenah Bilal Philips was returned to Canada late Saturday after being detained last weekend in the southern Philippines while on a lecture tour.

This came after immigration commissioners approved his request for voluntary deportation, effectively cutting short the deportation proceedings, the bureau said in a statement.

“He was charged for being an undesirable foreign national and for being inadmissible at the time of entry,” the bureau said, explaining Philips’ detention.

The bureau earlier said he was blacklisted based on information that he might conduct activities that were a threat to national security.

Police said Philips may have ties to extremist groups as they prevented him from holding a series of lectures in the south where the Philippine’s restive Muslim minority is based.

In a post on his Facebook page dated September 14, Philips said: “Rejection can be utterly disappointing but we must never forget that every closed door is a redirection to what is better for us”.

Philips also acknowledged that he was blacklisted in the United States, Britain, Australia and Kenya, but said this was based partly on statements that were taken out of context.

He was the second Islamic convert preacher to be detained by the Philippines since July, when it arrested and later deported Robert Edward Cerantonio to Australia.

Police said Cerantonio had used the Internet to urge people to join “jihad” in Iraq and Syria, though they said they had no evidence to show he had managed to recruit any Filipinos.

Two southern Philippines-based Muslim guerrilla groups, the Abu Sayyaf and the Bangsamoro Islamic Freedom Fighters, have uploaded videos on the Internet pledging alliance to the Islamic State militants who have overrun large swathes of the two Middle Eastern countries.