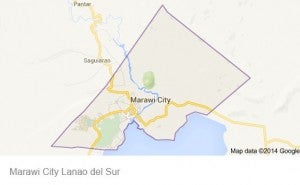 The 68-year old Philips – born in Kingston, Jamaica as Dennis Bradley Philips – was being held at the Southern Mindanao police office regional command headquarters in Davao City, after he was taken into custody in that city on Sunday night.

Superintendent Tony Rivera, the Southern Mindanao police spokesperson, said Philips was taken into police custody because of a standing deportation order against him.

Rivera said the standing deportation order was based on security advisories from several countries, labeling Philips as “dangerous” because of his alleged ties to terror groups.

Among the countries that banned Philips were the United States, Germany, Australia and the United Kingdom.

Washington even calls him the unindicted co-conspirator of the 1993 World Trade Center bombing.

“Our regional director said that Philips is a threat to national security and that one of the bases (for deporting him) is that he is banned in six countries. So we assumed that he poses a danger to our country,” Rivera said.

Based on information provided by authorities, Philips was to travel to Zamboanga City after arriving in the country on September 5 for a lecture but authorities there had turned him down.

This was the reason he traveled to Davao City instead, Rivera said.

In the Marawi City protest, around 2,000 people from the academe and various sectors joined hands in urging authorities to release Philips, Drieza Al-Moro, one of the rally organizers, said.

Al-Moro told the Philippine Daily Inquirer by phone that Bilal’s “arrest” was a clear manifestation of how ignorant Philippine authorities were.

“Being on a black list is neither a crime or a justification to detain anybody,” he said.

“This kind of harassment is what breeds extremism and terrorism around the World,” he added.

Al-Moro said if Philips was terrorist, Filipino immigration officers should not have issued a visa to him.

In Davao City, alien control officer Eddie Delima of the Bureau of Immigration said it was only on September 4 when they got an order to deport Philips on sight.

He admitted that prior to this, Philips could still be issued a visa.

“He arrived in the country on September 5,” Delima said.

He said Philips would remain in custody and would be deported very soon.

Asked where he would be sent considering that he has been holding residence in Qatar and hosting a program on Peace TV, Delima said Philips had, as of Wednesday, a Canadian passport so he would be deported to Canada.

Delima cited the Philippine Immigration Act which has provided that an alien not lawfully admissible at the time of entry would be arrested upon the warrant of the Commissioner of Immigration.

BI has deported over 40 foreign criminals, ‘undesirable’ aliens since January