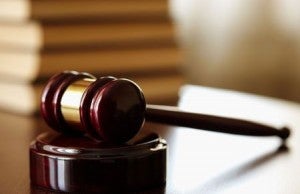 Wang and Lim were arrested on December 12, 2008 after the AIDSOTF searched a shabu laboratory on Sandico Street in Angeles City.

The PNP anti-illegal drugs special operations task force (PNP AIDSOTF) said they were “disappointed and disgusted” with the court’s order, adding it was a “big blow” on  government’s drive to curb illegal drugs use‎.

PNP AIDSOTF’s spokesperson Chief Inspector Roque Merdegia Jr. said the ruling  cited the absence of a representative from the court, the Court Sheriff, during the police’s search in 2008.

However, Merdegia said Judge Viola’s decision was “flimsy and whimsical.”

“The three Chinese nationals were hardcore members of a big drug syndicate operating in the Southeast Asia and the Philippines. The acquittal is a big blow on the government’s campaign against illegal drugs,” he said.

In January, Merdegia recalled that an informant, who was the same person who tipped off the drug den’s location to the police, disclosed that the Chinese syndicate ‎was working on the release of the three Chinese men.

He added that the AIDSOTF ‎has been warned by the tipster that a “huge amount of money” would be shelled out by the syndicate to free their cohorts.

‎He lamented that the operatives “risked their lives” to find and arrest the suspects.

At the same time, Merdegia maintained that the PNP followed the prescribed legal procedure during the operation until their conviction.

“The AIDSOTF will ask the Department of Justice to appeal the cases as well as the Bureau of Immigration to conduct their own probe for deportation proceedings against the three Chinese nationals for being undesirable aliens who flagrantly violated Philippine Laws,” he added.

The police unit will also seek the help of Chinese Police Attache in the Philippines to investigate the three Yangs.