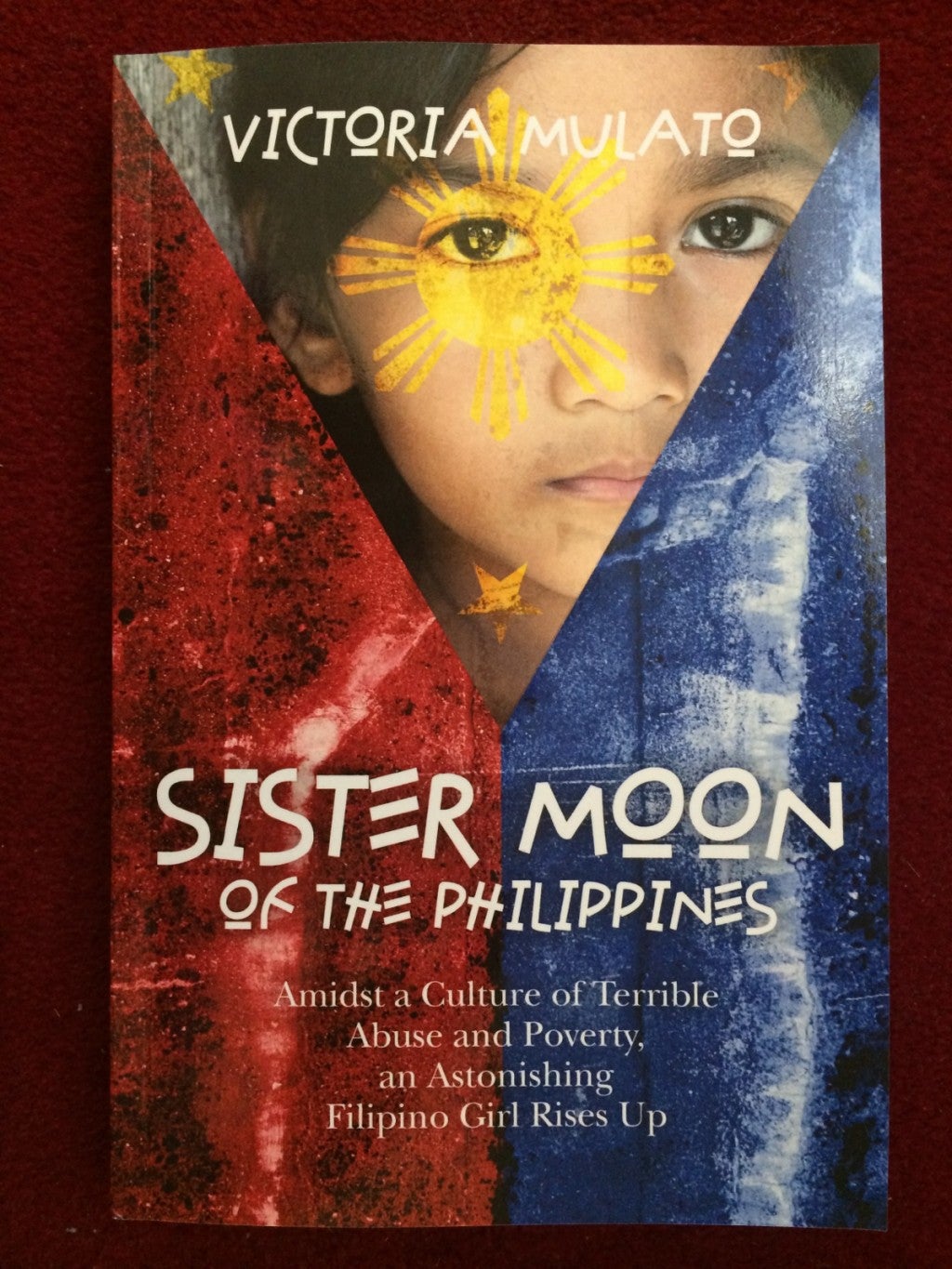 LOS ANGELES, California — One out of five Filipino women is abused, according to the Philippine Department of Social Welfare and Development.  However, these statistics only represent reported incidents of abuse.  Many instances go unreported because victims live in remote villages and are not educated or informed of resources and their rights.

Additionally, the abuse of some children is not reported because they are either bribed, afraid of retaliation, or they simply do not know that what they are experiencing (or have experienced) is wrong.

In the book Sister Moon of the Philippines:  Amidst a Culture of Terrible Abuse and Poverty, An Astonishing Filipino Girl Rises Up, author Victoria Mulato bravely shares the story of her own childhood growing up in the Philippines.  Mulato brings to light and pushes for a public awareness of the widespread culture of abuse and domestic violence.

Born in the 1960s, Mulato is the first child in a large family.  By the time she was four years old, she was already taking care of three other siblings.  She had to deal with a violent, alcoholic father who spent all their money on his addiction, leaving her family on the brink of starvation.  Her mother was never around, so Mulato had to find a way to protect her siblings from their father and provide for their needs, even when she was just a child herself.

“I wrote the book in memory of my sister, Moon-Ay, who had passed at the age of (barely) two,” Mulato told Asian Journal.  “I dedicate the book to her, a telling of what had happened to the family she left behind.”

Sister Moon tells the story of Xulli, a child who struggled and survived all the maltreatment and dehumanizing conditions of poverty and domestic violence.   In the opening chapter, “Responsibilities of a Big Four Year Old Sister,” Mulato tells of Xulli’s duties even as a young child: “I rocked my baby sister’s hand-strung basket.  The cradle hung in the middle of the room tied on both ends with sturdy, fibrous string, strong enough to hold it like a tiny hammock.  Even as a four-year-old, it was my duty to make her happy, to help feed her, and to rock her to sleep.”

In the chapter “I’ll Teach Them to Not Like Milk,” Mulato writes how her father, annoyed at her hungry sisters for asking for milk, sadistically put hot chili peppers on their bottles.

“He had a plan, he said.   A very good plan.  He should have thought of it months ago, he said, holding some type of vegetable in his hands.  He instructed me to hand over two empty milk bottles.  He started rubbing the nipples with what looked like hot chili peppers.”

In the same chapter, Mulato writes how Xulli wanted to hurt his father badly for hurting her sisters.  Sadly, she is too small, too weak to do that and  afraid that he would hurt her that she wouldn’t be able to take care of her sisters.

When Xulli becomes a teenager, her Aunt Besse takes over to watch over her sisters.  In the end, Xulli’s mother, pretty much absent during their horrendous time with their father, finds redemption by doing whatever she can to find them.

Mulato’s determination and resiliency to survive against all odds pulled her through many trials and tribulations.  She was petitioned as an immediate relative and was able to move to the United States.   She graduated from the Novato Adult High School in 1987, and finished the prerequisites to the RN Program at the College of Marin in 2007.  She is now working as a Certified Medical Assistant.

Through Sister Moon, she aims to help stop domestic violence and child abuse by educating the very young as well as adults about the effects of physical, emotional and mental abuse, and show them how and where to seek help.

Just as importantly, she offers this message of hope to abused people everywhere:  “Despite horrible experiences and extraordinary challenges, you must keep going for yourself as well as for the sake of (the) others, especially the most vulnerable, innocent ones.”

(Sister Moon of the Philippines is now available on Amazon at http://amzn.to/U5ty0k.  It is also available in Kindle form.  For more information on the author, log on to www.victoriamulato.com.)