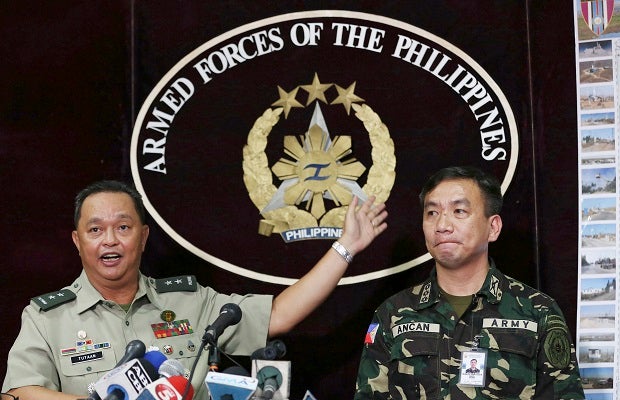 A UN peacekeeping operation, which consists of military, police and civilian personnel, aims to deliver security, political and early peacebuilding support in a country torn by conflict.

UN data showed that peacekeepers from the Philippines are engaged in peacekeeping operations in Haiti, Syria, Liberia, India, Pakistan and Cote d’Ivoire.

Countries volunteering uniformed personnel to peacekeeping operations are reimbursed by the United Nations at a standard rate, approved by the General Assembly, of a little more than $1,028 (almost P45,000) per soldier per month.”

Police and other civilian personnel are paid from the peacekeeping budgets established for each operation and the United Nations also reimburses member states for providing equipment, personnel and support services to military or police contingents.

On March 6, 2013, 21 Filipino UN peacekeepers were abducted by Syrian rebels as they were providing water and food to other troops in southern Syria near the Israeli-occupied Golan Heights. They were released after three days.

But two months later, on May 7, 2013, Syrian rebels again seized four Filipinos serving in the UN peacekeeping contingent in the Golan Heights. They were released five days later on the intercession of the United Nations and the Syrian government.

On Dec. 18, 2013, the Filipino peacekeepers in the Golan Heights in the Middle East and Liberia in West Africa received their UN Service Medals from Armed Forces Chief of Staff Gen. Emmanuel Bautista at the military’s general headquarters.

Earlier this week, Malacañang ordered the repatriation of the Filipino soldiers serving as peacekeepers for the United Nations in the Golan Heights and Ebola-hit Liberia due to security and health concerns.

Foreign Secretary Albert del Rosario said 115 soldiers in Liberia were being recalled because the Ebola outbreak “has the potential of being catastrophic,” while top defense and military officials said the decision to pull out the 332-strong Filipino peacekeeping mission from the Golan Heights was caused by the change in “the security equation in the Israeli-occupied territory.”

The Department of Foreign Affairs said the pullout of more than 400 Filipino peacekeepers from Liberia and the Golan Heights may take two to three months.