Cops say busted cybersex gang in Bulacan made up to P100M 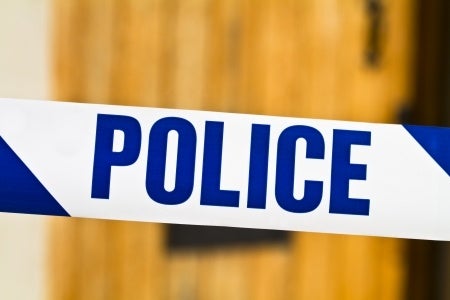 CAMP GEN. ALEJO SANTOS, Bulacan—Police said they had broken up a suspected cybersex gang in Bulacan province that, they said, had been blackmailing foreigners, who were lured into performing sexual acts online, and could have amassed up to P100 million from the illegal activity.

Eight people were arrested on Thursday in a series of raids in San Jose del Monte City and Norzagaray town. Police also took into custody six young women whose jobs were to persuade foreigners into interacting with them sexually.

These acts were recorded without the foreigners’ permission and were used to extort money that was transmitted through a money transfer facility that the gang allegedly controlled, said Chief Supt. Raul Petrasanta, Central Luzon police  director.

He said many of the victims had filed complaints, through the Interpol, against the suspected syndicate members—Ma. Cecilia Caparas-Regalachuela, a businesswoman from Tondo, Manila, and her alleged accomplices Rommel Manucon, Glen Bautista, Rachel Manicon, Mark Andre Rafol, Jenny Espiritu, Randy Espiritu and Mark Tabuso, all residents of San Jose del Monte City and Norzagaray.

The police also seized weapons from the suspects’ houses.

Sosa said the group might  have extorted up to P100 million from foreigners, who did not want their recorded sexual activities to be posted online.

Sosa said the gang lured their victims through social networking sites, using the young women. He said the syndicate would demand a minimum of $3,000 (P135,000) from the victims. The money was deposited to a money transfer facility owned by Regalachuela’s daughter.

The young women involved in the scam were required to make friends with the victims but were never required to perform sexual acts, Sosa said. He said one of the women had admitted earning as much as P100,000, which she used to buy a house and a used car.

The gang threatens victims with public humiliation through the uploading of their lewd videos to the Internet.

Insp. Joana Fabro  said one of the rescued minors was a young boy who earned P70,000 in his first three days at work with the gang.

“He was recruited with the promise of receiving big income,” the official said.

Regalachuela and the other seven suspects would be charged with robbery, extortion and violating Republic Act No. 10364, or the Anti-Trafficking in Persons Act, in relation to Republic Act No. 10175 or the Cybercrime Prevention Act of 2012.

Fabro said the operation was a follow-up to a previous operation that  led to the arrest of 58 suspects.

“The law will eventually catch up with the criminals even if they commit crimes with the use of information and communications technology or the Internet,” the official said. Reports from Carmela Reyes-Estrope, Inquirer Central Luzon, and Julie Aurelio in Manila

Read Next
US newsman honored, honors other colleagues
EDITORS' PICK
Complete your early Christmas shopping with vivo V25 Series
The vivo Y16 makes the season of giving more thoughtful for the whole family
What’s in a name? ‘Maharlika’ evokes time of mythmaking
House energy committee chair Arroyo bats for cheap electricity
Easterlies to bring rain in PH on Sunday — Pagasa
China’s Xi unwilling to accept vaccines despite threat from protests — US intel
MOST READ
Maxene Magalona sees separation from Rob Mananquil as ‘blessing in disguise’: ‘There’s no more anger’
Are we ready for a sovereign wealth fund?
SC sets 2023 Bar exams on Sept. 17, 20, 24
What’s in a name? ‘Maharlika’ evokes time of mythmaking
Don't miss out on the latest news and information.