SONA shouldn’t have been only about Aquino’s accomplishments 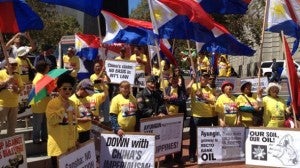 For years now, Philippine presidents have been using the annual State of the Nation Address (SONA) event primarily to make themselves look good. This is not to say that a president’s claimed accomplishments in his SONA speeches are untrue. In fact, in the case of President Benigno Simeon Aquino, I believe they are true. But with all due respect to him, that’s not the point.

Historically, the SONA was meant to be a copy of the US State of the Union Address, which arises from a command to the President in the U.S. Constitution: “He shall from time to time give to Congress information on the State of the Union and recommend to their Consideration such measures as he shall judge necessary and expedient.” This exact, word-for-word language is also found in the 1935 Philippine Constitution Article VII, Section 5.

From the genesis of the American Republic and onwards, as a matter of common sense, it was always understood that the main purpose of the State of the Union Address is for the president to define the current problems that the nation faces and to propose legislative and other solutions to both Houses of Congress for their consideration.

Today, in general, American Presidents have not strayed too far from this practice. A review of the latest State of the Union Address of President Barrack Obama shows that he defined major problems faced by the nation and proposed solutions that needed to be formalized through legislation or executive orders. Problems involving or related to the economy, foreign relations, health care, energy, education, tax reform, climate change, national security, gun control, immigration, etc. — were specified together with proposed solutions.

It’s a good democratic society practice. Wide TV and printed media coverage make the people aware of the nation’s problems. They also are given the opportunity to assess the worthiness of the solutions offered by the nation’s Chief Executive. 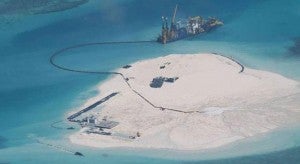 But in the Philippines, presidents use SONA events differently. Instead of defining the nation’s current problems and offering solutions, they enumerate their many accomplishments to make themselves look good, even great if possible. Providing the opportunity to make presidents look great was certainly not the intention of the American founding fathers when they incorporated into the US Constitution the provision requiring presidents to periodically report on the state of the Union. The purpose was to solve the problems currently facing the nation.

Because Philippine presidents view the annual SONA event simply as an opportunity to make themselves look great, SONA has now become like a political gimmick not primarily meant to identify serious national problems and to offer solutions but more to improve the president’s ratings.

This is not really the fault of President Aquino or other past presidents. It simply has become the nature of the SONA beast. But it behooves him and succeeding presidents well to be aware that if this practice of using SONA continues, they are not being true to its spirit. They hurt the nation by continuing with this practice.

In President Aquino’s recent SONA address, this self-serving, self-praising practice is quite obvious: What he presented were the accomplishments of his administration, not proposed solutions to existing problems. Video clips of individuals whose life or career situations have improved due to his administration’s policies were showcased. It was a marketing strategy.

As a result of this misdirected focus, the people are not informed of some very important current serious national problems. Mentioning these problems do not add to making the president look great, so they were not mentioned. But if people knew of these problems, they could better cope with them, and some might even come up with intelligent viable solutions.

For example: China continues to invade Philippine territory in violation of international as well as moral law, forcibly seizing islands and atolls through the use of raw brute military force. The rushed construction of future Chinese military bases is going on in these atolls and islands, which belong to the Philippines under the United Nations Convention on the Law of the (UNCLOS).

While the Philippines has filed a case against China in the International Tribunal on the Law of the Seas (ITLOS), the decision there is expected to come in another two years or more. If nothing is done to stop the construction of these bases, they will be completed by then.

Once these military bases are completed, it will be practically impossible to remove them. Armed with fighter planes and missiles and serving as ports for war ships and nuclear-powered submarines, they are deadly daggers aimed at proximate targets in the Philippines as well as those in nearby Asian neighbors. They will be permanent threats to the national security of the Philippines and surrounding nations and endanger the future wellbeing of millions of people.

The Chinese will also later claim that since they now have possession of these areas, they also now own all of the areas within 200 miles from the shores of these islands and atolls according to the provisions of the UNCLOS.

This is a very serious, deadly problem facing the Filipino people. Yet Aquino’s SONA made no mention of it at all. Thus, he missed the opportunity to rally the people and inspire them to have the courage to face this difficult China invasion situation. He also missed the opportunity to expose China’s rogue-nation bully behavior to the world and ask for help from different nations who were represented by their diplomats in the SONA event and who would be sympathetic to the Philippine situation as the national security of their countries and the future wellbeing of their people are also affected by China’s outlaw behavior.

Aquino’s deafening silence in his SONA on China’s continuing intrusion in Philippine territory also suggests great fear of the mighty dragon, something Filipinos have to overcome. We are not alone in this fight. The civilized world is with us. We also have mutual defense agreements with three powerful nations — US, Australia and Japan.

By keeping silent on these problems, they are not identified and defined. Therefore, they are either not solved or their solutions become more difficult. In a very real sense, SONA events are often more like cover-up operations rather than problem identifying and solution seeking events, which they were meant to be.

As the Philippines has a culture that makes it a very difficult country to govern, I realize that it is often necessary for a president to inform the citizenry about the genuine positive accomplishments of his administration to maintain his credibility in order to continue to effectively lead.

I am certain that even if St. Peter himself were the President of the Philippines and doing a great job, he would be attacked left and right by his political enemies. Those on the left alone whose agenda is to bring down any government unless it is a communist government would attack the saint on anything they can attack, probably even calling him heaven’s puppet.

Citing verifiable real accomplishments may really be necessary in the Philippine setting. However, our presidents and people should recognize that the real and main purpose of the SONA is for a president to identify and define current national problems and propose solutions to these. Philippine Presidents ought to be true to this purpose.

For sure, Aquino does deserve credit for some real accomplishments: measurable economic progress, additional roads and bridges, more classroom constructions, higher income and customs tax collections and providing hope in having a clean efficient government. Powerful people including three Senators have been detained facing plunder charges under his watch. These will be a part of his legacy.

But let me add this: If he does not succeed in stopping China from completing the construction of future military bases in Philippine territory, he will always be remembered as a weak president whose fear and indecisiveness allowed this terrible thing to happen. The Philippines will then become a nation permanently in thrall to China’s continued coercion and intimidation. The country will be like a man with a bag of explosives chained to his neck who is under the complete control of another who can explode the bag anytime with a remote control. China can then demand anything from us.

We have no choice. We have to destroy these future Chinese bases in Philippine territory now by any and whatever means are available for the sake of generations of Filipinos to come.

I had the honor and privilege of being with President Aquino’s late father, Ninoy, and listened to his deepest thoughts five days before he left for the Philippines and into martyrdom. He was one of the bravest men I have ever met. He was willing to die for his people and what he believed in. His sacrifice brought down an entrenched cruel dictatorship. I hope and pray that his son finds the same kind of courage to face the terrible threat from China that we now face.

(Atty. Ted Laguatan is a human rights lawyer based in the San Francisco, California area. He is also one of only 29 lawyers officially certified continuously for 24 years by the California State Bar as Expert-Specialists in U.S. Immigration Law. Tel. 650 991-1154 email [email protected] Address: 455 Hickey Blvd. Ste. 516, Daly City, Ca 94015)