The Filipino Exclusion Act of 1934 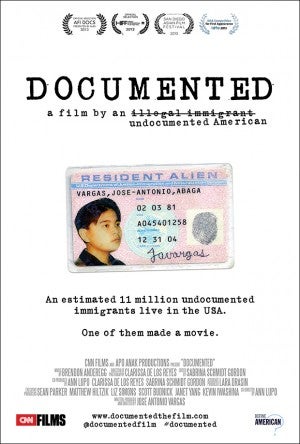 According to federal immigration authorities, 52,193 “unaccompanied alien children” were apprehended on the Southwest border of the U.S. since October of 2013, nearly twice the number apprehended during the same period in the last year.

This surge of children primarily from Honduras, Guatemala and El Salvador are spurring demands from congressional Republicans for Pres. Obama to “enforce the law” and deport the children back to their home countries.

But these children ventured to travel all the way to the U.S. because of news of the 2008 Trafficking Victims Protection Reauthorization Act, signed into law by President George W. Bush in March 2008, which requires that children crossing the U.S. border from countries other than Mexico and Canada must be given a chance to apply for refugee status before being sent back home.

But what happens if the US Congress passes a law offering the children free passage back to their home countries?

None of the children who risked their lives to find safe haven in the U.S. would likely take up the offer as their homelands offer them nothing but poverty, unemployment and death. Such an offer to repatriate large numbers of unwanted immigrants back to their homeland “at U.S. expense” was made before, nearly 80 years ago, to Filipinos. 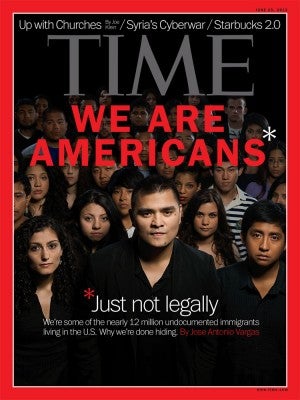 Time magazine featured a report on Filipino repatriation in an article published on October 3, 1938 entitled “Philippine Flop,” which described the success, or lack thereof, of such an effort.

“Aboard the S. S. President Coolidge when it cleared the Golden Gate for Manila last week were 75 guests of the U. S. Government. They were Filipinos taking their next-to-last chance to go home at U. S. expense. Already 1,900 had taken a free ride home since the Filipino Repatriation Act was passed in the summer of 1935. Just one more Filipino repatriation party is to be given before December 31, when the Act expires.

“Although $237,000 has been spent to date on Filipino fares, both Immigration officials and California Labor regard the repatriation program as a flop. Remaining in the U. S. are 120,000 low-paid Filipino farm workers, houseboys, janitors, cooks. Half are in California, 97 percent are bachelors about 30 years old.

“The boys, explained Dr. Hilario C. Moncado, president of the Filipino Federation of America, do not want to go back without money or assurance they will earn a living.”

The name of the ship of the “repatriados” in the Time article provides a certain irony. It was US President Calvin Coolidge, who signed The Immigration Act of 1924 — which included the Asian Exclusion Act — into law on May 26, 1924. The law’s expressed aim was to restrict the immigration to the US of people from non-white nations in order “to preserve the ideal of American homogeneity.”

How homogeneous? Because some Italians are dark-skinned, the quota for Italy dropped from 20,000 a year to 4,000 a year after the 1924 Act was passed. In contrast, a pure Aryan nation like Germany saw its annual quota increase to over 57,000. In fact, more than 86 percent of the 155,000 permitted to immigrate to the U.S. under the 1924 Immigration Act were from Northern European countries, with Germany, England and Ireland receiving the highest annual quotas.

For the rest of the nations of the world, the maximum number allowed to immigrate to the US was 50 a year. The Philippines was exempt from this quota restriction because it was a US colony, and its citizens were not aliens but “US nationals,” officially since April 19, 1899.

But the Philippines would not remain exempt for long. Nativists who sought the exclusion of Filipinos realized that in order to accomplish their objective, the Philippines had to be granted independence. Following the Great Depression of 1928, an unlikely constellation of political forces banded together to support Philippine independence.

Leading the charge for independence was organized labor, which desired to eliminate the competition offered by cheap Filipino labor. The founder of the American Federation of Labor (AFL), Samuel Gompers, was a Jewish American who supported the Immigration Act of 1924 even though it severely restricted the immigration of Jews to the US. He was opposed to the US annexation of the Philippines because he feared it would lead to the “mongrelization” of American labor.

This broad coalition endorsed the Hare-Hawes-Cutting Independence bill, which was championed by Philippine leaders Sergio Osmeña Sr. and Manuel Roxas (the Os-Rox Mission). Though Pres. Herbert Hoover vetoed the bill in 1932, the US Congress passed the bill over his veto in January of 1933.

Manuel Quezon opposed the bill because the provision restricting Filipino immigration to just 50 a year was too stringent, he said. But it was politics. Quezon simply did not want Osmena and Roxas to receive the credit for bringing home Philippine independence.

Due to Quezon’s opposition and his political influence, the Hare-Hawes-Cutting bill failed to pass the Philippine Legislature. Quezon then went to Washington, DC to negotiate passage of a revised independence bill, the Tydings-McDuffie Act, in March 1934.

It passed the US Congress and was signed into law by Pres. Franklin Roosevelt and approved by the Philippine Legislature. It provided for a ten-year transition period to independence, during which the Commonwealth of the Philippines would be established.

But the quota for the Philippines remained the same as the previous bill: 50 a year. The bill should properly have been called the Filipino Exclusion Act of 1934.

A year after passage of this Act, the US Congress passed the Filipino Repatriation Act on July 10, 1935, providing free transportation for Filipino residents of the continental United States who wished to return home to the Philippines but could not afford to do so. The goal of the new law was to return all 120,000 Filipinos in the US back to the Philippines.

On April 13, 1936, Time featured an article about the Filipino Repatriation Act (“Lovers’ Departure”), which explained that the bill was the result of the lobbying of Pacific Coast Labor, which resented Filipinos for “selling their services for 10¢ an hour in competition with white men.”

Time reported: “The Pacific Coast was interested in this subsidized exodus not only from the standpoint of labor but also from the standpoint of race and sex. In many places Filipinos are “problem children” for Pacific Coast authorities. To the intense dismay of race-conscious Californians, these little brown men not only have a preference for white girls, particularly blondes, but have even established to many a white girl’s satisfaction their superior male attractions.”

The Time article quoted extensively from San Francisco Municipal Court Judge Sylvain Lazarus, who ruled in a case involving a Filipino man coveted by two white women. “This is a deplorable situation,” Judge Lazarus said. “It is a dreadful thing when these Filipinos, scarcely more than savages, come to San Francisco, work for practically nothing, and obtain the society of these girls. Because they work for nothing, decent white boys cannot get jobs.”

The widely publicized Lazarus denunciation of Filipinos prompted the Filipino community in San Francisco to pass a resolution denouncing the judge for his racist view of Filipinos. The resolution was sent to Washington, DC to Philippine Resident Commissioner Quintin Paredes (no PH Ambassador as the Philippines was a US Commonwealth). Paredes promptly wrote Judge Lazarus a note stating that “I cannot believe that you had in any way intended to refer to my people as a whole.”

Judge Lazarus immediately responded to Paredes: “I intend to be as straightforward with you as you have been considerate with me. Basing my conclusions on years of observation, I regret to say that there is probably no group in this city, proportionate to its members, that supplies us with more criminal business than the local Filipino colony. It is no compliment to the predominant race that most crimes committed by Filipinos have as background intimate relations with white girls.”

Judge Lazarus continued: “I am making allowance for the fact that there is a scarcity — I imagine almost a total absence — of Filipino girls in this country and that the kind of white girls who associate with these Filipino lads is not calculated to provide the best influences for them. However, the girls are satisfied and generally very happy in their relations with these boys. Their sweethearts are working — all of them — as waiters, elevator operators, janitors, bell boys, etc. and are able to supply them, according to their notions, with abundant attentions and diversion.

“Some of these boys, with perfect candor, have told me bluntly and boastfully that they practice the art of love with more perfection than white boys, and occasionally one of the girls has supplied me with information to the same effect. In fact some of the disclosures in this regard are perfectly startling in their nature.” “Well,” said Senor Paredes urbanely, “the Judge admits that Filipinos are great lovers.” [Time, April 13, 1936].

NaFFAA – advocate for Filipinos in America

If Time magazine were to publish an article like this now, or if a judge or any US official were to make a statement denouncing Filipinos as “scarcely more than savages,” there would be protests all over the U.S. organized by the National Federation of Filipino Associations in America (NaFFAA).

NaFFAA was founded in Washington DC in1997 to secure social justice, equal opportunity and fair treatment for Filipinos in America.  It will be holding its 10th biennial national empowerment conference in San Diego from  August 7-10, 2014 with Pulitzer prizewinner and “Documented” filmmaker Jose Antonio Vargas as keynote speaker. Other speakers include Gen. Antonio Taguba, Loida Nicolas-Lewis, Liberty Zabala, Billy Dec and Tony Olaes. For more information about NaFFAA, please check out http://empowerment.naffaa10.org/ .

(The author taught Filipino History in America at San Francisco State University. Send your comments to [email protected] or mail them to the Law Offices of Rodel Rodis at 2429 Ocean Avenue, San Francisco, CA 94127 or call 415.334.7800).