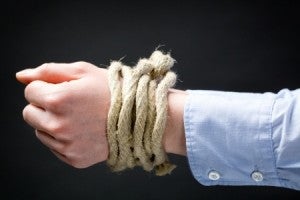 MANILA, Philippines—Two German tourists who have been missing for three months had been abducted by Abu Sayyaf militants and were being held “unharmed” by the al-Qaida-linked gunmen in the jungle in Sulu, security officials said Thursday.

Lt. Gen. Rustico Guerrero, commander of the military’s Western Mindanao Command, said the government has ordered troops to locate the Germans in Sulu province and ensure their safe recovery, but he declined to say what the military intends to do.

“The latest is that they’re unharmed,” Guerrero told the Associated Press (AP).

German officials have declined to comment on the reported abductions.

Stefan Okonek and his female companion, Henrike Dielen, were taken at gunpoint from a yacht between Sabah and Palawan in April and then taken by boat to Sulu, where the Abu Sayyaf has held other hostages, four military and police officials separately told AP.

A police general said the Germans were seen once by some villagers while washing up in a mountain stream, guarded by their captors.