KUALA LUMPUR — A policeman was killed and a second kidnapped after heavily armed gunmen opened fire at a Malaysian diving resort off Borneo island, a fresh escalation of violence in the tourist hotspot, a security official said Sunday. 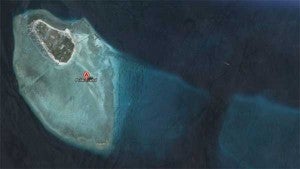 The shooting on Mabul island is the latest in a spate of abductions in Malaysia’s remote Sabah state, home to some of the world’s top diving sites, with travel agents saying the violence has already hurt visits to the area.

A major hunt has been launched to track down the criminals believed to have come “from a neighboring country,” Abdul Rashid Harun, head of Sabah state eastern security zone, told AFP.

One security official said on condition of anonymity that the criminals are believed to be gunmen from the Sulu islands in the Philippines.

“The group of heavily armed gunmen shot and killed a 32-year-old policeman and kidnapped another personnel member. They escaped in a boat into neighboring waters. We have launched a security operation to track down the criminals,” he said.

“I urge the government to take firm measures to upgrade security. Of course such bold intrusions and the blatant challenge to our security will hurt especially diving-related tourism business,” he said.

Tourism is a major source of foreign exchange income for Malaysia — and Sabah state in particular — and the industry is a leading sector for employment.

Expressing his condolences to the security forces, Tan said there had already been a 10 percent drop in tourist arrivals in the second quarter compared with the first three months of the year.

Sabah receives about 3.5 million tourist arrivals annually, including those from China, Japan, Korea, Hong Kong, the United Kingdom and the rest of Europe.

The kidnapping of the policeman is the fourth incident of its kind in Sabah since April.

In June a 32-year-old Malaysian fish breeder and his Filipino worker were seized by Filipino gunmen from their farm. They have not yet been freed.

In May a Chinese fish farm manager was abducted from his farm, while in April a female Chinese tourist and a Filipino resort worker were abducted. All three have been released.

Malaysia this week revamped security measures in the region after the spate of abductions in Sabah state.

Abdul Rashid said the attack on the policemen could have been in retaliation for the ongoing security clampdown against criminal activity in Sabah.

The area is notorious for human trafficking and the smuggling of drugs and subsidized diesel oil.

A security zone was set up last year after Islamic guerillas of Sulu origin from the southern Philippines staged a bloody assault in the area to stake a historical claim, leaving dozens dead including security forces.

The Philippine-based militant group Abu Sayyaf, which is believed to be affiliated with Al-Qaeda, was blamed for the abduction of 21 people — including several foreign tourists — from a Sabah diving resort in 2000.