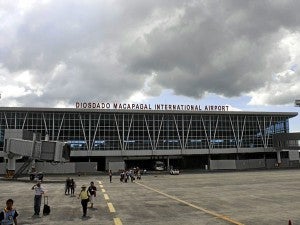 CLARK FREEPORT, Philippines—For collecting and pocketing a “discounted travel tax”of P1,200 from overseas-bound passengers at the Clark International Airport (CRK) here, seven people, including three from the Tourism Infrastructure and Enterprise Zone Authority (Tieza), had been dismissed from their jobs, an official said on Tuesday.

In a telephone interview, Luciano said the scam has been going on “for some time.”

“It was not known how much money the government has lost daily or monthly from this illegal activity,”he said.

He said the cohorts of the Tieza personnel were three employees of a ground handling company and an employee of a janitorial service provider, both based at CRK.

Two other men are being investigated for alleged involvement in the scheme. Luciano said their access passes in CRK have been revoked.

The names of the nine men have not been released.

Luciano said the scam surfaced after three passengers of Cebu Pacific in April informed CIAC officials about the discounted travel tax offered to them. An investigation by the Philippine National Police’s Aviation Security Group confirmed the existence of the racket.

The Inquirer tried to call Mark Lapid, Tieza general manager, but he was not in his office on Tuesday.–Tonette Orejas