Filipino in LA faces life for killing his wife 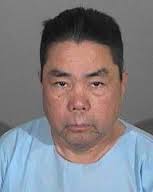 SAN FRANCISCO, California — A Los Angeles jury has found a Filipino man guilty of killing his wife and leaving the body in the trunk of her car, according to the Los Angeles County District Attorney’s office.

Avalos said Infante is scheduled back at the Los Angeles County Superior Court in Pomona before Judge Mike Camacho for sentencing. Avalos said the defendant faces a maximum of 25 years to life in state prison.

Prosecutors established that at the time of the killing, Infante was having an affair with another woman. When Infante’s girlfriend learned he was married, she broke up with him.

An autopsy determined that the victim, Tolentino, had suffered three stab wounds to her neck and chest area, five lacerations on her head and multiple bruises on her head, face, hands and right forearm.

Infante reported his wife missing on Jan. 12 and told authorities she had not returned from work, according to Lt. John Corina of the LA Country Sheriff’s homicide section.

Corina said worried family members searched for Tolentino, and with help from her cell phone provider, were able locate her SUV about 20 miles away, at the parking lot of the Hawaiian Gardens Casino at the 11800 block of Carson Street.

Sheriff’s deputies who were notified of the discovery of the missing vehicle found Tolentino’s body in the trunk of her red RAV4 Toyota SUV.

Detectives arrested Infante on Jan. 14, after carrying out a search of the West Covina home he shared with his wife and their 17-year-old daughter.

According to Los Angeles County District Attorney’s Office spokeswoman Sarah Ardalani, investigators found blood inside the attached garage of the home, among other evidence.

“During the trial, the defendant’s son testified that his father told him he had killed his stepmother,” Ardalani said in a press statement. “Additionally, surveillance video at the casino, cell phone records and blood evidence at the home linked Infante to the crime.”