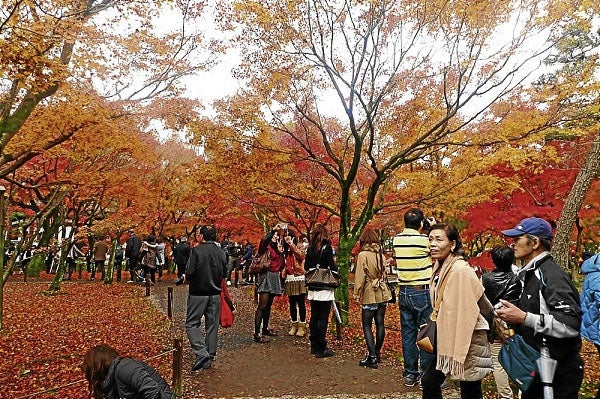 MANILA, Philippines—Not so fast, don’t buy that plane ticket to Tokyo just yet.

The Japanese Embassy in Manila has clarified that the proposal to waive the visa requirement for Filipino tourists to Japan remains to be a plan, saying that such a policy would require bilateral talks between Tokyo and Manila.

Miwa Yamatoya, press officer at the Japanese Embassy, said the visa waiver would require “comprehensive consideration” between the two countries.

Japanese news agency Kyodo reported on Tuesday that the Japanese government and its ruling coalition “are making arrangements” to exempt tourists from the Philippines, Indonesia and Vietnam from the visa requirement in an effort to boost tourism.

“At this point, the exemption of visas for these three countries and the possibility of including this in the ‘action plan’ has not reached any conclusion,” Yamatoya told the Inquirer.

Yamatoya said the embassy was “unable to confirm” the Kyodo story.

“While promoting us as a tourism-oriented country, the Japanese government has recognized there are demands to relax the policy on visas. The Ministry of Foreign Affairs also intends to promote tourism more,” said Yamatoya, responding to a query via e-mail.

“However, regarding the visa issue, there will be comprehensive consideration, such as the bilateral relationship between countries and diplomatic purposes. There also will be a need for talks between the government ministries concerned,” she said.

The Philippines’ Department of Foreign Affairs (DFA) has yet to issue a comment.

According to the Kyodo report, the visa proposal aims to attract more travelers from Southeast Asia to increase tourist arrivals leading up to the 2020 Tokyo Olympics.

Last year, Japan relaxed visa requirements for visitors from Thailand and Malaysia. Kyodo said this led to a 61-percent increase in tourist arrivals from the two countries.

This caused some confusion, especially in social media, as some thought the Philippines was included in the visa waiver along with Thailand and Malaysia, prompting the Japanese Embassy to issue a clarification about the amended multiple-entry visa privilege at the time.

Japan offers other types of visas for Filipinos, including single-entry visas for spouses, relatives and friends of Japanese residents and visas for medical stay.

Japan has long been a popular destination for Filipino tourists and workers alike. Some 110,000 Filipinos visited Japan last year, according to the Kyodo report.

Data from the Commission on Filipinos Overseas showed that as of the end of 2012, nearly 159,000 Filipinos were permanent Japan residents, more than 77,200 were temporary residents, while 6,910 had irregular status.

Some 30 countries allow Filipinos visa-free entry, according to the DFA. Favorite Filipino destinations, however, including those in the Americas, Europe and parts of Asia, still require visas for Filipino travelers.