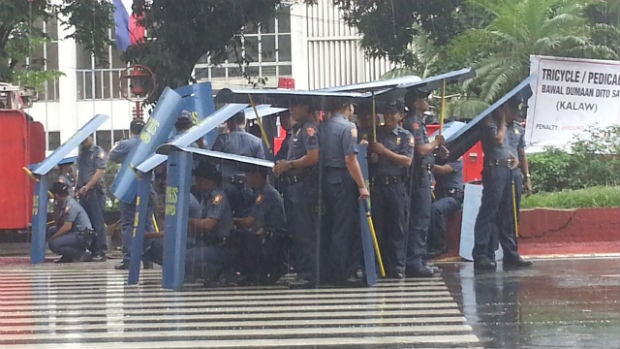 Police seek shelter under riot shields as rains dampened the Independence Day protest rallies by militant groups calling for the junking of the EDCA. MATIKAS SANTOS/INQUIRER.net

MANILA, Philippines — Rains dampened the Independence Day protest rally held near the United States (US) Embassy with police taking cover under riot shields and militant groups under their umbrellas.

Rains began to pour around 12 noon while militant groups were holding their program along T.M. Kalaw Avenue.

Protest organizers stood their ground against the rains by telling the rallyists to not break ranks.

US Embassy closed on Thursday