US Embassy closed on Thursday

MANILA, Philippines – The Embassy of the United States (US) in Manila will be closed for the Philippine Independence Day holiday on Thursday, June 12, it said in a statement. 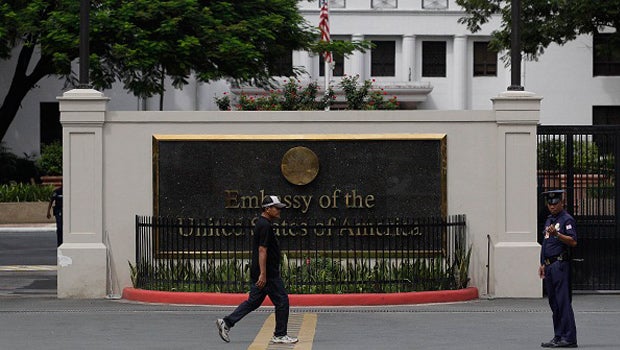 “The US Embassy in Manila and its affiliated offices will be closed to the public on Thursday, June 12, in observance of Philippine Independence Day,” it said in an advisory Wednesday.

“The Embassy and its affiliated offices will resume their services on Friday, June 13,” it said.

Philippines celebrates Independence Day on June 12, the date Emilio Aguinaldo, the first president of the Philippines, declared independence from the Spanish rule  in 1898.