CBCP: No stand on Edca 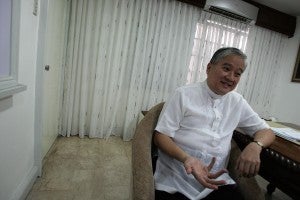 MANILA, Philippines–Contrary to earlier reports that it had taken a critical stand, the Catholic Bishops Conference of the Philippines (CBCP) said on Monday it had no official position on the Enhanced Defense Cooperation Agreement (Edca) between the Philippines and the United States.

CBCP president and Lingayen-Dagupan Archbishop Socrates Villegas said, “The CBCP has not taken an official position on the matter,” in response to news reports the 120-strong CBCP was critical of the agreement that would allow more US troops in the Philippines and give the US greater access to local military bases.

Villegas added: “As president of the CBCP, I wish to make clear that we are fully cognizant of the complexity of the issues involved, including as they do issues of international law and relations, regional politics as well as the morality of the use of force and the threat of the use of force.”

The Edca, which is being challenged in the Supreme Court, was signed by Filipino and US officials in April after eight months of negotiations.

But Villegas said the bishops, like other Filipino citizens, were free to form and express their individual opinions on the issue.

“We continue to entrust ourselves to the spirit of truth and to study the matter with assiduousness,” he said.–Jocelyn R. Uy