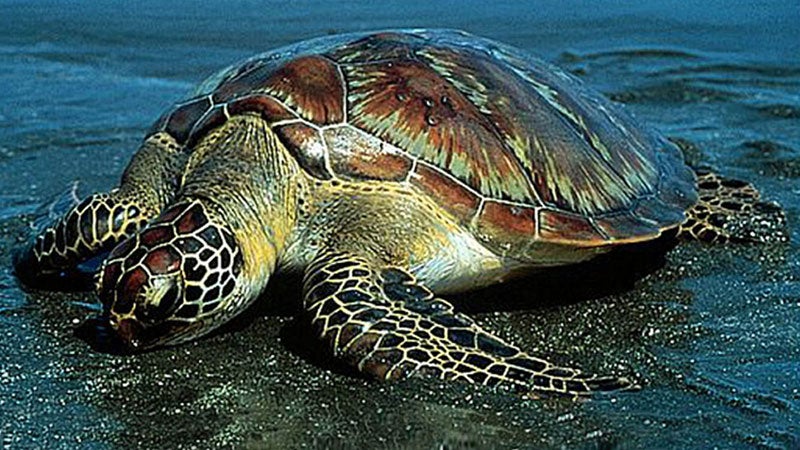 A Green Sea Turtle comes on the shore. Chinese fishermen were previously arrested after they were found poaching the endangered species in the Spratly Group of Islands in the West Philippine Sea. D. Zoltan Takacs

“Their fishing operations will have an effect on our marine biodiversity but we won’t see this until years or decades later,” Ditto Dela Rosa Jr., a research specialist with expertise in marine biology, said in a phone interview with INQUIRER.net.

Recently, aerial photographs taken by the Philippine military, showed Chinese fishing vessels in the Spratly Group of Islands, filled with clams. Several Chinese fishermen were also apprehended by police after their boat was found to be filled with hundreds of dead sea turtles.

Giant clams, locally known as “taklobo,” can grow up to 4.5 feet and weigh in excess of 200 kilograms. The large shells allow corals to grow on them and create reefs. Sea turtles, called “pawikan” locally, play a big role in keeping the local population of jellyfish, which they feed on, controlled. 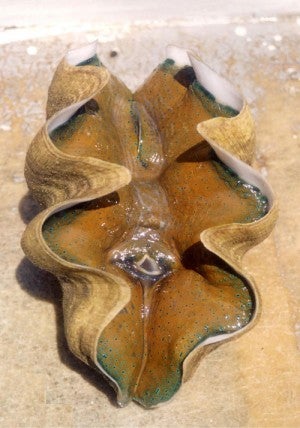 A Giant Clam opens its hard shell to show the soft inside parts. Chinese fishing vessels were recently seen conducting a massive fishing operation in the Spratly Group of Islands in the West Philippine Sea where they harvest the endangered clams. Emie Ramoso/PAWB – DENR

“In the international arena, all species of sea turtles and giant clams, are endangered. Both are also protected by Philippine laws and regulations,” Dela Rosa said.

“It is forbidden to catch, collect, or display them, dead or alive,” he said.

The Philippine Turtle Islands in the West Philippine Sea is a chain of islands that has been declared as protected areas to give sea turtles an area where they can lays eggs undisturbed by humans.

Giant clams, meanwhile, have been the subject of repopulation efforts after their local population was nearly wiped out in the 1970s and 1980s due to overfishing. They are harvested for their meat and because of their shells which are sought to be used as displays in aquariums.

The Philippines is regarded as the “center of the center” of the global marine biodiversity because of its abundant marine life, specifically corals and fishes.

“We have high diversity of species in the Philippines, beautiful and colorful. Very few people have able to see it first hand,” Dela Rosa said.

“However, many of the places where there is abundant marine life are destroyed, about one percent of those areas are left intact and still bear its beauty. There are many problems such as lack of people and budget to guard these places,” he said.