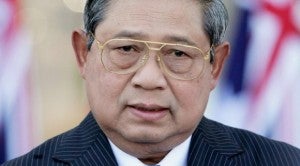 Buoyed by the new maritime boundary agreement with the Philippines, Indonesian President Susilo Bambang Yudhoyono has proposed that the two countries conduct joint naval patrols to combat poaching in the seas.

In his meeting with Mr. Aquino on Friday morning, Yudhoyono said he was instructing his minister for economic coordination “to prepare an outline for enhancing maritime cooperation,” Communications Secretary Herminio Coloma Jr. said.

One major area of cooperation between the two archipelagic countries would be joint naval patrols to deter crimes such as poaching of protected wildlife—a constant concern in the West Philippine Sea.

Coloma said they could now move forward with maritime cooperation on fisheries and aquatic resource development, and prevention of maritime crimes like poaching since there were no “more pending issues” between the two countries.

At the state dinner later Friday, Yudhoyono said both countries should “seize the momentum from the historic achievement” to also boost cooperation in the maritime and ecotourism sectors.

“I am glad that our bilateral relations are indeed on the right track with plenty of room for further expansion,” he said in a toast to Mr. Aquino.

Coloma, who was present at the bilateral meeting, said the two leaders talked of possible joint patrols in the resource-rich seas between them.

“The good thing about it is that they’re now talking of joint patrols. So if one country has covered an area, the other country won’t have to cover that area anymore,” he said in an interview on Friday afternoon.

Such a scenario would be favorable for the Philippines which has limited naval assets, Coloma said.

“Naturally, they talked of the protection of aquatic wildlife because these seas are rich in resources,” he added.

In early May, Philippine authorities rounded up 11 Chinese fishermen for poaching turtles in the West Philippine Sea.

The Department of Foreign Affairs said the pact with Indonesia would open opportunities for closer cooperation in preserving and protecting the rich marine environment in the area, as well as in boosting trade and maritime security.

The UN Convention on the Law of the Sea (Unclos) provides for a 200-nautical mile exclusive economic zone for the countries. The EEZs of the Philippines and Indonesia, however, overlapped in the Mindanao Sea and Celebes Sea and in the southern section of the Philippine Sea in the Pacific Ocean.

So from 1994 to 2014, the Philippines and Indonesia held a series of negotiations to delimit their EEZs and “embody the results of the negotiations in an agreement,” the DFA said.

Both Mr. Aquino and Yudhoyono hailed the agreement as a rules-based model for resolving maritime disputes without resorting to military might.

“Such an agreement shows to the region and the world that with strong determination, countries can resolve maritime disputes peacefully through negotiation. Hence, we reject the use of force to resolve any kind of outstanding border dispute,” Yudhoyono said at the state dinner.

Yudhoyono had spoken out against “gunboat diplomacy” in the South China Sea at the recent Asean summit.

China claims 90 percent of the 1.35-million square mile South China Sea, while the Philippines, Vietnam, Malaysia, Brunei and Taiwan claim parts of it.

Yudhoyono also pushed for the enhancement of ecotourism, trade and investments; stronger partnership in addressing vulnerability to natural disasters and in combatting terrorism and transnational crimes between the two countries; and a more active advocacy in protecting migrant workers.