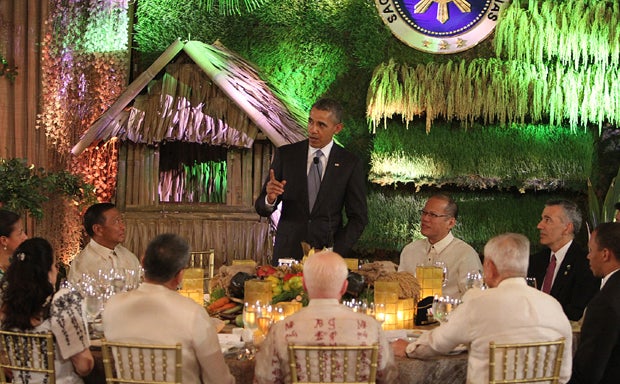 President Benigno S. Aquino III and US President Barack Obama lead a ceremonial toast during the State Dinner held at the Rizal Hall in Malacanang on April 28, 2014. PPA POOL

Meanwhile, at least P2 million were spent for the hotel accommodations of Obama and his delegation.

At least P100,000 per night were spent for the hotel suite of Obama at Sofitel Philippines, the report said.

Obama’s two-day visit last April was the last stop of his Asian tour, widely seen as part of the US’ bid to rebalance its forces in the region amid China’s increasing political and military might.

The US president started his state visit just hours after the signing of the Enhanced Defense Cooperation Agreement between the Philippines and US allowing an increased presence of American troops here.

Cleric slams cost of putting Obama up in luxury hotel