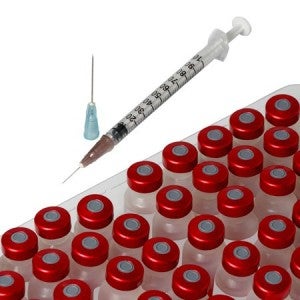 MANILA, Philippines—The Philippine Overseas Employment Administration has issued a medical alert for overseas Filipino workers, urging them strongly to get anti-polio vaccines before leaving for their host countries.

The alert comes after the World Health Organization’s declaration of an international public health emergency related to polio.

“With the declaration of a polio outbreak in at least 10 countries, OFWs are strongly advised to get anti-polio vaccinations prior to their departure from the Philippines for their respective jobsites,” said POEA chief Hans Leo Cacdac.

Last week, the WHO declared a “public health emergency of international concern on polio” after it noted a surge of polio cases in Afghanistan, Cameroon, Equatorial Guinea, Ethiopia, Israel, Nigeria, Pakistan, Somalia and Syria.

The Philippines has been declared polio-free since October 2000.

Cacdac said vaccinations against polio can be availed of at any hospital and clinic accredited by the Department of Health to administer medical examinations to OFWs.

Meanwhile, the POEA also urged OFWs returning from the Middle East to undergo testing for Middle East respiratory syndrome or MERS prior to their departure for the Philippines.

Cacdac said licensed recruitment agencies must coordinate with the foreign employers so that the testing would be at no cost to the workers.

Last month, an OFW from Abu Dhabi who initially tested positive for the Corona virus that causes MERS returned to the Philippines. Further tests on him yielded negative results but his arrival triggered an extensive government effort to contact his fellow passengers on the plane to ensure that none of them was a Corona virus carrier.

OFWs in Middle East warned on spread of MERS

6 OFWs free of MERS virus, are released from hospital