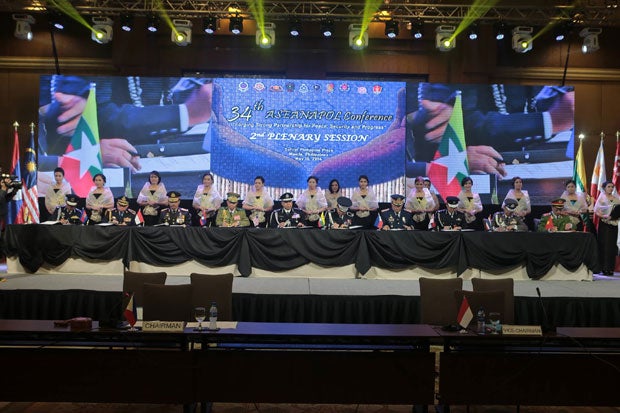 The PNP, which hosted the annual international police conference, asked the leaders of the member countries to create a special detention facility for terrorists and radical insurgents.

“This is to prevent them from spreading radical ideas in accordance with laws and policies of their respective countries,” Director General Alan Purisima, PNP chief, said in the closing ceremony at Sofitel, Manila.

One of the highlights of the three-day police conference was the signing of the joint communiqué, specifically dealing  with terrorism, human trafficking and illicit drug trafficking.

The Plan of Action for Joint Response to Crisis Situations addressing transnational criminal threats was ratified by the delegates of member countries on Thursday.

“With this joint communiqué signed and adopted, we now have a more potent weapon against transnational crime and terrorism,” Purisima added.

In a video message during the closing ceremony, Aseanapol founding member and former President Fidel V. Ramos enjoined the delegates to “love” their fellow members.

“(Aseanapol promotes) love of human rights, love of our neighbors, but not necessarily our neighbors’ wives,” he said in jest.

The first Aseanapol conference was hosted in 1981 under Ramos’ administration with the Chiefs of Police of Indonesia, Malaysia, Singapore and Thailand.

Hosting of the event is rotated among the participating countries.

Flashing his famous thumbs-up sign, Ramos encouraged the members of the Southerpast Asian police forces that together they can achieve a common goal.

“Mabuhay! Kaya natin ‘to (we can do this). Aseanapol is okay! Thank you,” he quipped.