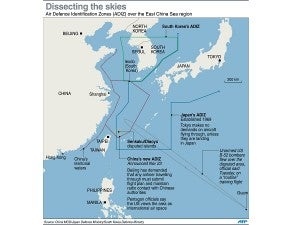 MANILA, Philippines— Philippine President Benigno Aquino III said he will raise his country’s territorial dispute with China at a meeting of Southeast Asian leaders and call for support to resolve the conflict through international arbitration.

Aquino said dialogue between two countries is not enough to settle issues that also affect others in the region. Vietnam dispatched a flotilla to confront a Chinese oil rig that Beijing deployed in the disputed Paracel Islands on May 1, triggering a tense standoff.

Foreign ministers from the 10-member Association of Southeast Asian Nations (Asean) who gathered Saturday in Myanmar ahead of Sunday’s summit issued a statement expressing concern over the latest tensions and urging restraint by all parties.

The Philippines presented evidence in March to an international tribunal against China’s sweeping territorial claims in the South China Sea, ignoring Beijing’s warning that the case would damage bilateral ties.

Manila brought its territorial dispute with China to international arbitration in January 2013 after Chinese government ships took control of a shoal claimed by the Philippines.

“Let us uphold and follow the rule of law in resolving territorial disputes in order to give due recognition and respect to the rights of all nations,” Aquino said in a statement. “We cannot rely just on dialogues between only two nations to settle issues that affect others in the region.”

In the latest spat between the Philippines and China, Filipino maritime police arrested 11 Chinese fishermen who allegedly illegally collected more than 300 endangered marine turtles in a disputed shoal close to the western province of Palawan. Manila has ignored Beijing’s demands to release the fishermen and their boat apprehended early last week by the police at the Half Moon Shoal.

Last month, Chinese coast guard vessels tried to stop Philippine marines from resupplying and bringing fresh troops to a grounded ship now being used as the country’s outpost and symbol of sovereignty at another disputed shoal.

The Philippines could invite even stronger Chinese protests after the Department of Energy announced Friday that it was ready to accept applications to explore for oil and gas in the Reed Bank off Palawan. The area is near where Chinese patrol ships tried to drive away a Philippine exploration vessel in March 2011.