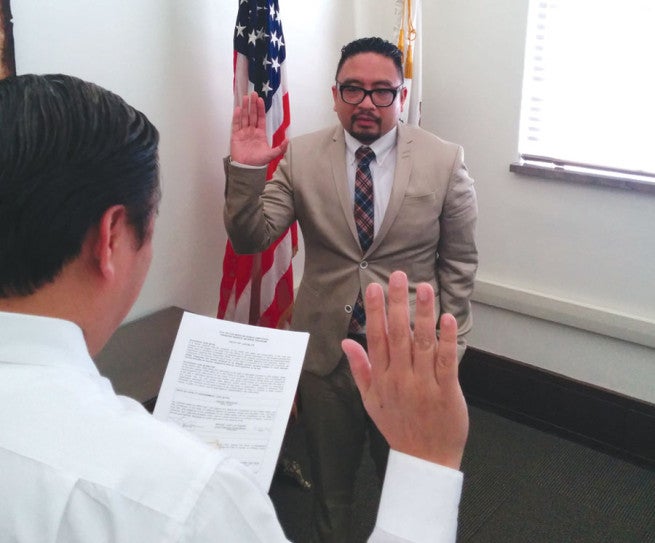 • George Villanueva was born and raised in Los Angeles

• Was handpicked by Mayor Eric Garcetti

Council members’ affirmative votes confirmed Mayor Eric Garcetti’s appointment of Villanueva as one of the newest members of the commission. Joining Villanueva were his fellow new commissioners Teri Stein and Tammy Membreno.

Council members Paul Krekorian (CD 2) and Paul Koretz (CD 5) were not present during the council meeting, and were not able to cast their votes.

The East LA Area Planning Commission meets regularly to hear and make decisions on land-use planning cases for the their respective jurisdiction in the City of LA.

Villanueva, however, clarified that their commission does not necessarily decide on all land-use planning cases, as other area commissions and the City Council itself directly handle some cases.

“The cases that we get are typically the cases that the Department of City Planning and the zoning administrator of the city cannot decide on without a civil commission to really look at the actual issues,” Villanueva explained.

Villanueva said he was honored to be nominated by Mayor Garcetti and that he was proud to now be a public servant for the neighborhoods covered by the East LA Area Planning Commission, including Historic Filipinotown, Echo Park, and Eagle Rock, and all the communities in the northeast area of LA.

Villanueva told Asian Journal that the process of his nomination and eventual confirmation to the commission started when Garcetti’s aides called him and told him of the mayor’s interest in nominating him. The process involved background checks and sit-down meetings with Land Use Committee Chair Jose Huizar (CD14).

Villanueva was born and raised in Los Angeles, near the area of Temple and Beverly, which is now Historic Filipinotown. He went to college in Santa Barbara and is currently a Ph.D candidate at the USC Annenberg School for Communication and Journalism.

He has over a year of experience working with local government along the lines of urban development and civic engagement issues. He resides in Eagle Rock in Los Angeles.

Villanueva is also a project manager for the Northeast LA Riverfront Collaborative, which works on making sure that the neighborhoods around the northeast LA River actually benefit from revitalization efforts concentrated around the river.

Villanueva said that he intended to learn more about the technical aspects of land use and planning to help him in the tough job of determining the fate of land use proposals for East LA.

“I want to also engage the community to actually learn more about this Commission, and the Planning Department in general, and the planning issues,” Villanueva added.

“I’m very honored and passionate about representing the Filipino-American community,” he said. Villanueva also said that he was very glad that Mayor Garcetti has always been very open to “bringing in Filipinos, not just to his staff, but to the city commissions.”

When Garcetti was still a council member for City District 13, he led the Historic Filipinotown designation initiative.