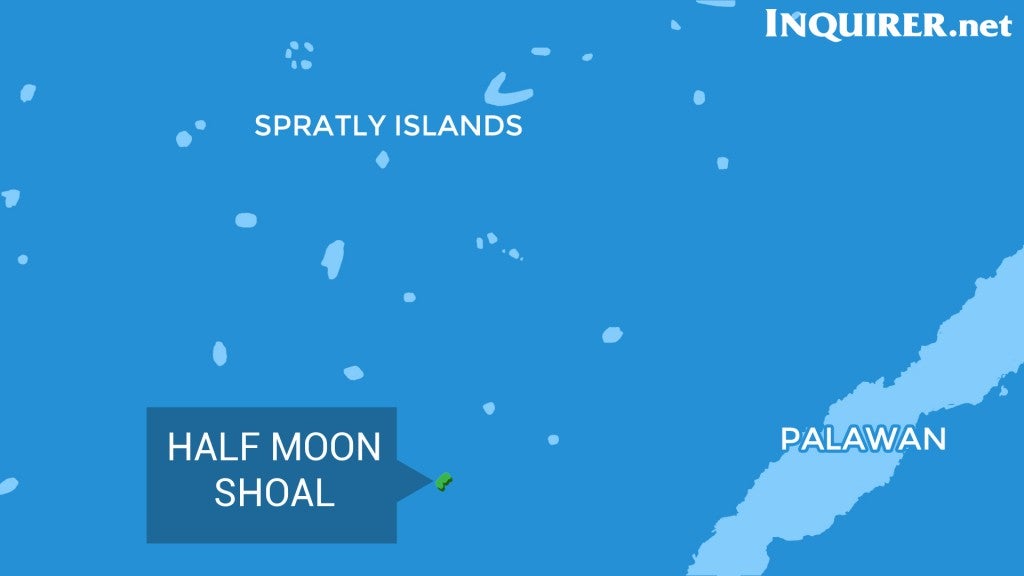 The official Xinhua News Agency says the men were on the vessel Qiongqionghai 09063 when it was intercepted by armed men who fired warning shots in the air on Tuesday morning near Half Moon Shoal not far from the Philippines.

Xinhua said a second Chinese fishing boat operating nearby outran another boatload of armed men. Two other boats in the area were mobilized to conduct a search, but had turned up nothing by Wednesday morning.

But a statement from the Department of Foreign Affairs said that Philippine authorities seized a Chinese fishing boat in the West Philippine Sea for carrying endangered marine species caught within the country’s Exclusive Economic Zone (EEZ).

“The seizing of the Chinese fishing boat, carrying large numbers of endangered species, and the apprehension of its crew by the Philippine National Police (PNP) Maritime Group Special Boat Unit were undertaken as actions to enforce maritime laws and to uphold Philippine sovereign rights over its EEZ,” the DFA said.

“Relevant authorities in Palawan will address this case in a just, humane and expeditious manner,” it said.

The other boat, according to Sindac, was occupied by five Muslim passengers. Seized from their vessel were about 40 turtles.

He added the arrested individuals will be brought to an island in Barangay (village) Liminangcong, Taytay town in Palawan.

Meanwhile, Chief Superintendent Noel Vargas, PNP Maritime Group chief, said in a phone interview that the suspects will be charged with the violation of wildlife protection.

Vargas said they will inform the Department of Foreign Affairs and the Chinese Embassy regarding the incident.
China lays claim to virtually the entire South China Sea and is locked in an increasingly heated dispute with the Philippines, Vietnam and others over rights to energy resources, fishing grounds and island outposts.

China has previously used force to expel Filipino fishermen from Panatag Shoal (Scarborough Shoal) off the coast of Zambales and Ayungin Shoal in the Spratly Group of Islands off Palawan.