Visa-free entry to Japan for Filipinos still being reviewed 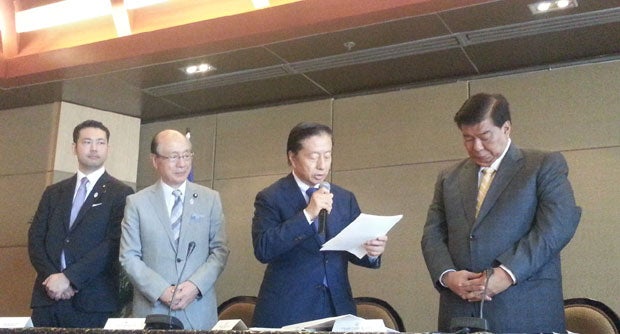 MANILA, Philippines – The proposed visa-free arrangement for Filipinos to Japan is still being “carefully studied” by the Japanese government but could be finished within the year.

“This is just on the review stage and the decision has not yet been made,” Senate President Franklin Drilon said Monday after a bilateral meeting with members of the Japan-Philippines Parliamentary Friendship League (JPPFL).

“The Japanese government is in the process of carefully studying proposals to grant visa-free entry of Filipinos into Japan … and [JPPFL has] expressed support for this proposal,” Drilon, President of the Philippines-Japan Parliamentarians Association (PJPA) said.

Drilon further stated that both sides were also able to discuss immigration policies for Filipino caregivers to Japan which has a large ageing population.

“There are certain processes that must be followed, it is continuously being reviewed and Japan has recognized the outstanding skill of our caregivers,” Drilon said.

Previously, there were reports that stated Japan already has plans to grant visa-free privileges for the Filipinos.

During the meeting, Kenji Kosaka, the President of the JPPFL, turned over 20 emergency vehicles to the Philippines through Drilon to be used for the areas that have been devastated by typhoon Yolanda (international name: Haiyan).

“We extend our deepest condolences and sympathies to those affected by typhoon Haiyan, we hope there will be recovery as fast as possible,” Kosaka said.

Kosaka said that he cannot give a definite timeline of when the visa-free privilege could be granted to Filipinos but he said they are pushing the Japanese government to ease the process and speed up the review.

“We are trying to push the government to [speed up] the process and at the same time the decision as soon as possible. I cannot clearly state the timeline of the process, we hope within this year the conclusion can be reached,” Kosaka said.