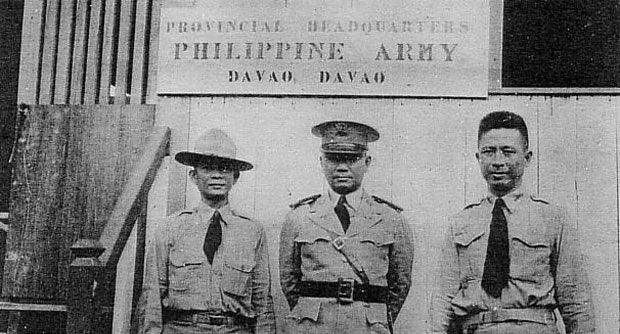 Philippine Commonwealth soldiers. PHOTO from National Archives of the Philippines

A bill to award the medal, H.R. 111, was introduced in Congress by U.S. Rep. Colleen Hanabusa (D-Hawaii), with more than 56 sponsors. 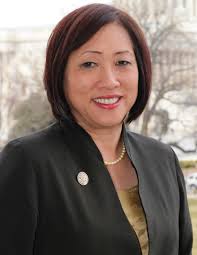 In proposing this measure, Hanabusa said the United States “remains forever indebted to the bravery, valor, and dedication to country” displayed by the veterans during their WWII service from July 1941 to December 1946.

“They fought bravely alongside American soldiers to resist Japanese aggression, engaged in guerilla warfare and provided intelligence to U.S. forces that was critical in ultimately winning the war,” Taguba added. “It’s about time we say ‘thank you’ and honor them for their exemplary record of selfless sacrifice and love of country.”

Taguba noted that other groups have been recognized with a Congressional Gold Medal, the highest civilian award in the United States. They include the Japanese American Nisei soldiers, Navajo Code Talkers, Montford Marines, Tuskegee Airmen and Women Air Service Pilots (WASP).

“Filipino American World War II soldiers are equally deserving of this award because they fought valiantly under the American flag,” Taguba said. “But the Rescission Acts of 1946 deprived them of all nonservice-connected veterans’ benefits and changed the status of Filipino veterans almost immediately upon conclusion of the War.”

Community activists have lobbied in the last 40 years for veterans equity benefits in an effort to restore their rights as American veterans. In 2009, Congress established the Filipino Veterans Equity Compensation (FVEC) Fund. It provided eligible veterans who are U.S. citizens with a one-time payment of $15,000. Eligible veterans who are not U.S. citizens received a one-time payment of $9,000.

Ben de Guzman, a member of the project’s core group and national coordinator of the National Alliance for Filipino Veterans Equity (NAFVE), explained that the Gold Medal Award is totally distinct from the FVEC. “There is ongoing work already happening in our communities to engage the FVEC process, with more than 18,000 veterans having already received payments and about 4,000 more appealing their denied claims. This Project carves out a separate and particular focus to secure the Congressional Gold Medal for our veterans and preserve their lasting legacy to pass onto the next generation,” de Guzman explained.

In addition to the proclamation and Gold Medal Award, the Project also wants to raise national awareness of the veterans’ wartime service. A national exhibition of the Congressional Gold Medal will be toured across the nation, and an educational program will be designed for use in secondary and elementary schools.

“We have sounded out the Smithsonian Institution with a request to co-sponsor this phase of the project,” Taguba said.

Project organizers have been working closely with the University of Maryland (UM) at College Park to conduct academic and historical research.

“Our goal here is to provide proof the Filipino American World War II soldiers fought the Japanese Imperial Forces, and set the conditions for U.S. and Allied Forces to liberate the Philippines in October 1944,” Taguba pointed out.

Added University of Maryland History Professor Jon T. Sumida: “The Filipino resistance to Japanese occupation during the Second World War, although an important contributor to the American victory in the Pacific conflict, is a story unfamiliar to the general public. On-going and forthcoming scholarly investigation of this underexplored and significant subject by faculty and students of the History Department of the University of Maryland, College Park is intended to expand public awareness of the Filipino experience of occupation and liberation especially with respect to the service of the veterans of the guerrilla campaign.”

Janelle S. Wong, director of UM’s Asian American Studies Program and associate professor of American studies stated further, “Fostering a deeper understanding of the role of Filipino soldiers and their WWII service to the United States is a worthy endeavor and highlights the efforts of a group that is too often overlooked, even by scholars in the field.”

“We are calling on all local and national communities and veterans service organizations to be actively involved,” said Marie Blanco, former chief of staff to the late U.S. Senator Daniel K. Inouye, and a member of the project.  “Their strong and unified engagement, in seeking additional cosponsors and advocating for consideration and passage of H.R. 111, is crucial to getting this measure signed into law.”

Organizers of the Filipino American World War II Soldiers Recognition Project are planning to hold a national summit in June to formally launch a national coalition and mobilize grassroots support for congressional action and other activities related to the project.

Foreign workers struggle to return to UAE amid virus limbo