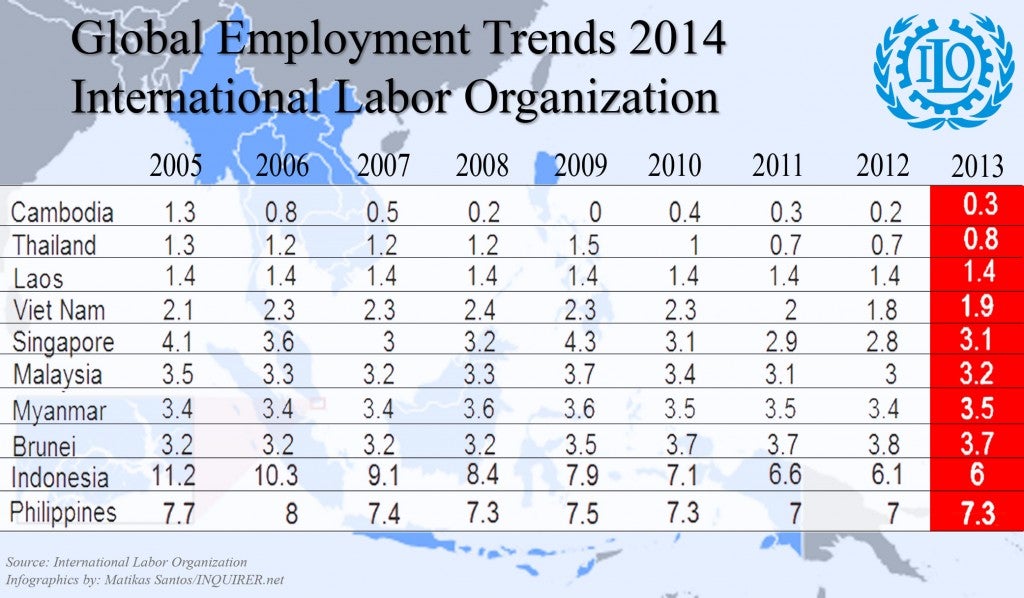 MANILA, Philippines — The Philippines has the highest unemployment rate among members of the Association of Southeast Asian Nations (Asean), according to a report of the International Labor Organization (ILO) published in 2014.

The Philippines registered an unemployment rate of 7.3 percent as of 2013, according to the Global Employment Trends.

Ranking just above Philippines is Indonesia with 6 percent, the study found.

“Almost 202 million people were unemployed in 2013 around the world, an increase of almost 5 million compared with the year before,” the ILO said in the executive summary of its report published January 2014. 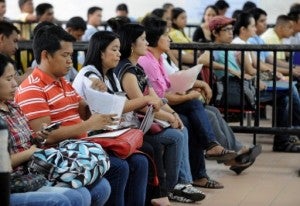 “This reflects the fact that employment is not expanding sufficiently fast to keep up with the growing labor force,” it said.

The Philippines is doing better compared to Great Britain and United States which both have an unemployment rate of 7.5 percent.

The countries with the lowest unemployment rates are Cambodia, Qatar (0.6 percent), Thailand, and Rwanda (0.6 percent).

Philippine unemployment rate since 2005 has remained around the 7-8 percent range.

Aquino on rise in joblessness: What went wrong?