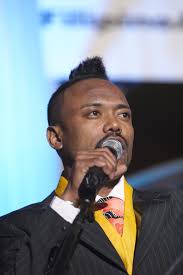 WASHINGTON, D.C.— A star-studded benefit concert, “After the Storm,” will be staged at the Kennedy Center for the Performing Arts in the US capital on Sunday, June 15 to raise support for post-Typhoon Haiyan recovery efforts in the Philippines.

The Philippine Embassy said “After the Storm” is being held in cooperation with the US-Philippines Society and the Philippine Humanitarian Coalition and directed by Broadway’s Baayork Lee and produced by Emmy-nominated producer, Robert Pullen.

“This benefit concert intends to bring attention to the invaluable and necessary efforts of recovery for the people of the Philippines who were affected by Haiyan,” said Ambassador Jose L. Cuisia, Jr., who conceived the project with his wife, Maria Victoria Cuisia.

The concert in the Kennedy Center’s Concert Hall will benefit storm victims through partner organizations committed to the rebuilding of typhoon-devastated areas in the Philippines. 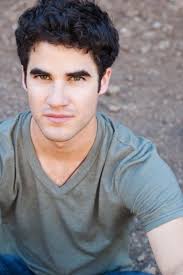 “As the world’s attention is gradually drawn away from the devastation in the central Philippines, we are reminded that formidable challenges remain for millions of families displaced by the most powerful tropical storm ever to make landfall,” said Ambassador John F. Maisto, president of the US-Philippines Society.

The evening will feature celebrity appearances and performances together with the Fairfax Symphony Orchestra conducted by Luke Frazier and the Broadway Community Chorus founded by Broadway legend Baayork Lee. It will also include a series of video messages of hope from celebrities and other personalities from around the world.

Among the first to confirm their participation in the concert was the Manila-based Lea Salonga, who won the Olivier, Tony, Drama Desk, Outer Critics and Theatre World awards for her appearance in “Miss Saigon.” 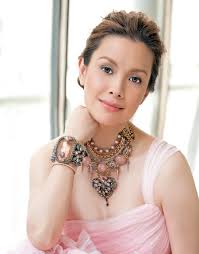 Salonga is the first Asian actress to play the roles of Éponine and Fantine in “Les Miserables” on Broadway. She portrayed both roles on the musical’s 10th and 25th anniversary shows in London respectively. She also  provided the singing voice of two official Disney princesses: Jasmine in “Aladdin” (1992) and Fa Mulan in “Mulan” (1998) and “Mulan II” (2004).

Also participating in the concert is Filipino-American actor Lou Diamond Phillips who is best known for his breakout starring role in the movie “La Bamba” as Ritchie Valens. He earned a supporting actor Golden Globe Award nomination for his role in “Stand and Deliver” and a Tony Award nomination for his role in “The King and I.” Other notable films in which Phillips has starred include “Courage Under Fire,” “Che” and “Love Takes Wing.”

Grammy Award-winning artist, Apl.de.ap of the Black Eyed Peas will also perform in the concert. The Philippine-born artist, whose real names is Allan Pineda, is known for his philanthropic and humanitarian work through his Apl.de.ap Foundation.

Also performing is Chicago-based tenor Rodell Rosel, who has been hailed as one of the best young opera singers of his generation. Rosel performs regularly with the Lyric Opera of Chicago and has appeared in several operatic performances around the US. He recently finished a stint at the Santa Fe Opera in New Mexico and made his debut performance at the Metropolitan Opera in New York early this year. 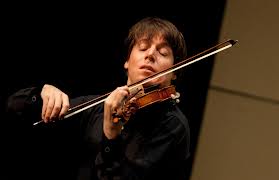 Celebrated and Grammy-award-winning violinist, Joshua Bell will pay tribute to the people of the Philippines. Joshua Bell is one of the world’s most distinguished violinists and his restless curiosity, passion, universal appeal, and multi-faceted musical interests have earned him the rare title of “classical music superstar.”

Lastly, “Glee” and Broadway superstar, Darren Criss, joins this special tribute. Criss has been tireless in his efforts to support the Philippines caused by the devastation of Typhoon Haiyan.

Tickets, ranging from $25 to $250 are now on sale and may be purchased online at www.kennedy-center.org or visiting the Kennedy Center box office or charge by phone by calling (202) 467-4600. The official website for this event is www.after-the-storm.org. There are sponsorship packages available for corporations and individuals who would like to support and underwrite this performance. For information on sponsorship opportunities and other queries, please email [email protected] or call +1.202.595.2880.