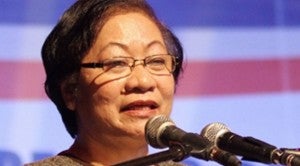 The Canadian government is forging ahead with a new immigration system that will offer “express entry” to qualified immigrants, according to Labor Secretary Rosalinda Baldoz.

“This model is considered to be a major step forward in the transformation of Canada’s immigration system into one that is fast, flexible, and focused on meeting its economic and labor needs,” Baldoz said.

Under the scheme, candidates who receive a valid job offer or nomination under Canada’s Provincial Nominee Program will be quickly invited to apply for permanent residency—a key distinction between Express Entry and the Temporary Foreign Worker Program, which is only used to fill temporary labor and skills shortages.

The immigration system is to be launched in January 2015.

On the other hand, Nova Scotia, one of Canada’s maritime provinces, recently introduced the New Nova Scotia Nominee Program—Regional Labor Market Demand Stream, aimed at selecting individuals who meet the labor market needs, wish to join the labor market with full-time and permanent positions, and wish to live in Nova Scotia.

“Applicants are not required to have a job offer at the time of submitting their application. However, they must intend to pursue employment in an occupation that has been designated as ‘in demand’ by the province,” Romulo said in her report.

Currently, there are 43 occupations in the fields of engineering, health services (including nursing), skilled trades, and food service identified as in demand by the province.