Believe it or not: Filipinos love US more than Yanks | Global News

Believe it or not: Filipinos love US more than Yanks 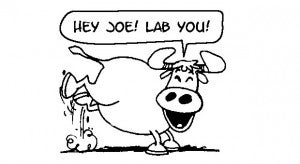 According to the 2013 Global Attitudes Project of Pew Research Center in Washington, 85 percent of the Filipinos polled said they had a favorable view of the United States.

Following the Filipinos are the Israelis and the Ghanaians, both scoring 83 percent, and the Americans, who scored 81 percent.

Among those who had had unfavorable views of America who scored the highest are the Jordanians, 85 percent; the Egyptians, 81 percent; the Palestinians, 79 percent; and the Pakistanis, 72 percent.

Only 13 percent of the Filipinos said they had unfavorable views of the United States.

The Global Attitudes Project “conducts public opinion surveys around the world on a broad array of subjects ranging from people’s assessments of their own lives to their views about the current state of the world and important issues of the day,” Pew Research said on its website.

The 2013 survey, posted online at www.pewglobal.org/database/indicator/1/, was conducted in 39 countries and interviewed 37,653 respondents.

On its website, Pew Research Center describes itself as a “nonpartisan fact tank that informs the public about the issues, attitudes and trends shaping America and the world.”

Other facets of the US image also polled in the study included opinion regarding confidence in the US president, the spreading of American ideas and customs, American democracy, business, music, movies, television, technological advances, drone strikes and the US president’s international policies.

Also covered were the world economy, the European Union and China’s image.

The survey also showed 85 percent of Filipinos thought the United States gave their country’s interests a “great deal” or “fair amount” of consideration.

On the question, “Will China eventually replace the US as the world’s leading superpower?” the Filipinos also ranked first, with 74 percent, answering that China will never outrank the United States.

The Japanese placed second, scoring 72 percent and the Egyptians came in a distant third with 56 percent.

The Philippines and Japan are locked in territorial disputes with China in the East and South China Seas.

Among the people who believed China would eventually replace the United States as the world’s leading superpower, the Chinese scored the highest, 58 percent.

The Spaniards and the British tied for second place with 55 percent, followed by the Canadians and the Australians, also tied at 52 percent.

Ninety percent of the Filipinos thought the United States greatly influenced their country’s affairs, followed by the Kenyans (85 percent), the Brazilians (83 percent), and the South Africans (77 percent).

But the Filipinos ranked only fourth in considering the United States a partner of the Philippines, scoring 81 percent.

The Israelis were the top scorers there, with 90 percent, followed by the Salvadorans (88 percent) and the Senegalese (84 percent). With additional reporting from Inquirer Research

The Yanks are coming back

In The Know: 2.6 million Filipino-Americans