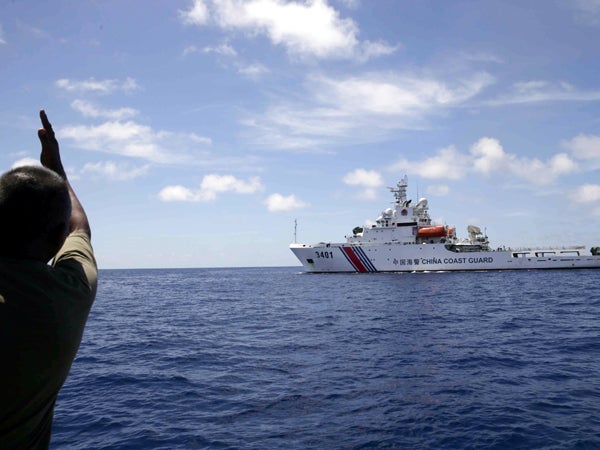 A Philippine Marine gestures at a Chinese Coast Guard vessel which tries to block a Philippine Government vessel AM700 from approaching the Second Thomas Shoal (local name Ayungin Shoal) to resupply and replace fellow marines who were deployed for almost five months Saturday, March 29, 2014 off South China Sea on the West Philippine Sea. AP FILE PHOTO

MANILA, Philippines — A marine officer says he and his men watched from a ship outpost as Chinese coast guard vessels repeatedly blocked or chased Filipino and Vietnamese fishermen from a disputed South China Sea shoal.

About 80 activists protested at the Chinese consulate in Manila on Tuesday, demanding that China stop intruding into Philippine territory in the South China Sea.