PH must be ‘truly independent’ to stand up to China—Bayan 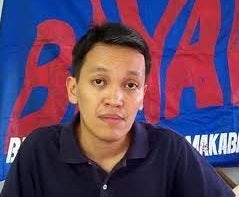 MANILA, Philippines – In order to stand up to China, the Philippines must strengthen its industries, build up the economy, and shun dependence on the United States (US), a militant group said Tuesday.

“The best way to stand up against China or any foreign aggressor is for the Philippines to be truly independent, engage in a program of national industrialization, and to build its own economic capacity,” Renato Reyes, Bagong Alyansang Makabayan (Bayan) Secretary General, said in a statement.

A stronger industry and economy will allow the Philippines to eventually increase its “military capacity for external defense,” Reyes said as their group held a rally in front of the Chinese Consulate in Makati.

The Philippines and China are locked in a maritime dispute over the South China Sea, around 90 percent of which is claimed by China as part of its territory under the nine-dash line.

The Philippines protested China’s claim before an arbitral tribunal because it includes portions of the country’s 200-nautical mile exclusive economic zone mandated under the United Nations Convention on the Law of the Sea (UNCLOS) that both countries have signed.

A 4,000 page memorial was recently submitted by the Philippines before the arbitration court.

China has refused to participate in the proceedings, insisting on bilateral talks.

Reyes expressed support for the arbitration case and condemned China’s “militarization” of the South China Sea.

“Bayan unequivocally condemns China’s violations of Philippine sovereignty through its occupation of islets and the militarization of waters that are part of the Philippine’s Exclusive Economic Zone,” Reyes said.

“China’s claims under the so-called nine-dash line map [are] patently absurd and runs counter to international conventions. China’s claim of 90 percent of the South China Sea is akin to Italy claiming all the territories under the Roman Empire. It is totally unacceptable,” he said.

Reyes said that a “legal victory” in the international arbitration court will put the Philippines on the “moral high ground.”

“It would also be beneficial to other countries also engaged in a similar dispute with China,” he said.

China also has competing claims over territory with Japan and Vietnam.

Solicitor General Francis Jardeleza previously said that the case could be resolved by 2015, the earliest, or 2016.