Obama on mission to quiet skeptics of US policy in Asia 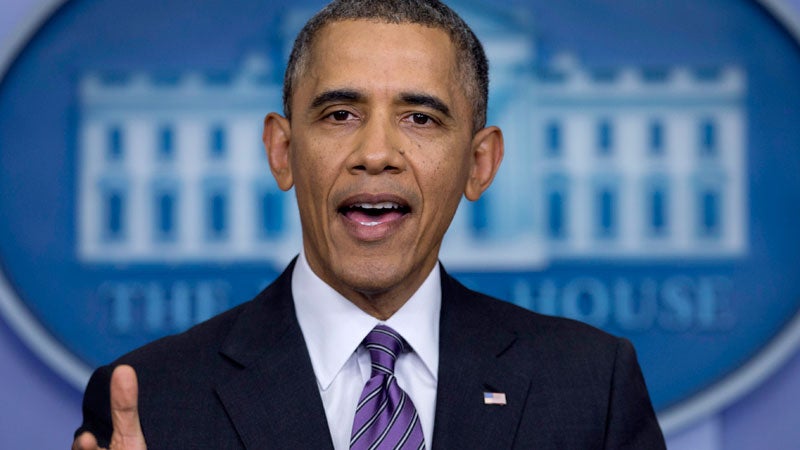 WASHINGTON—Five years after refashioning US foreign policy to emphasize Asia, President Barack Obama will face questions over his strategy’s content and staying power in the region this week.

Obama will counter the impression that the carnage in Syria and the East-West showdown over Ukraine have dragged his administration’s attention elsewhere.

He will argue in Japan, South Korea, Malaysia and the Philippines that the “rebalancing” policy—of withdrawing US military, economic and human resources from Middle East wars and deploying them to emerging Asia—remains on track.

Obama will embark on his fifth visit as president to Asia when he lands in Japan on Wednesday. He will be in Manila April 28 and 29.

Obama’s eight-day Asia swing, the first of two to the region this year, will make up for the embarrassment of skipping regional summits in November because of domestic political battles.

The TPP would cement Obama’s legacy in Asia, but talks on the 12-nation pact lost momentum last year.

Obama must also walk a fine line, bolstering alliances with nations, which see the United States as a counterweight to powerful China, while avoiding angering Beijing.

He will also press on with efforts to ease the dispute between US allies South Korea and Japan, insist North Korea will get no reward for belligerence and complete a revival of US relations with Malaysia.

US officials now prefer the term “rebalancing” of US-Asia policy rather than the previous buzzword “pivot,” which implies a departure and caused consternation among US allies in Europe.

But some wonder if the policy has been stronger on rhetoric than on delivery since Obama, born in Hawaii and raised for four years in Indonesia, declared himself America’s “first Pacific president” in Japan in 2009.

“Unfortunately, the White House has not been able to make the notion of ‘rebalance’ stick and give it operational coherence,” said Kenneth Lieberthal, a Clinton administration Asia policy specialist.

“Countries on this visit will be looking for evidence of President Obama’s security commitments and his related tactical skill, the ability to judge and manage issues in a way that establishes reachable goals and a good strategy to get there,” said Lieberthal, of the Brookings Institution.

The administration insists the strategy has had tangible results and revitalized American alliances.

A small US Marine detachment is already in Darwin, Australia, building up to a permanent rotation of around 2,500 troops.

With an eye on North Korea, Defense Secretary Chuck Hagel sent two more destroyers to Japan. Several Littoral Combat Ships have been based in Singapore and the US Navy eventually envisages a 60-40 split between assets in the Pacific and elsewhere.

Washington was also prominent in luring Burma (Myanmar) out of isolation, though the country’s reform drive is beset by challenges.

But uncertainty lingers over US intentions.

“Is pivoting just a military and security issue, in which case it may be gaining traction regionally due to China’s increasingly strident posture, or is it something more, entailing an economic dimension as well?”

US politics a factor

Obama’s no-show in Brunei and Bali last year led some in Asia to conclude Washington lacks energy for Asia.

Sequester spending cuts and talk of reducing the size of the US aircraft carrier fleet meanwhile posed the question: Can America even afford the pivot?

Some Asian governments doubt Obama has the political leverage to pilot a TPP through Congress, especially in a mid-term election year when protectionist fever runs high.

Obama’s last-minute decision to abort strikes on Syria last year to punish chemical weapons use, meanwhile, sparked debate on whether US red lines in Asia would also get blurred.

Some critics question whether US strategy is too reliant on military and economic tools and lacks sustained engagement once Air Force One takes off for home.

“The pivot is like a stool that has two legs and is missing one,” said Bridget Welsh, of Singapore Management University.

“The rebalancing is without balance.”

Welsh also raised the idea, heard often in Washington and in Asia, that Secretary of State John Kerry is less consumed by Asia than his predecessor Hillary Clinton, as he chases a Middle East peace deal and locks horns with Russia.

The White House denies any loss of commitment.

“There should be no question that where we have alliance commitments and treaty obligations in the Asia Pacific region or anywhere else in the world, we will uphold those obligations willingly and definitively,” said National Security Advisor Susan Rice.

In Asia, Obama will also confront a region that’s warily watching the crisis in Ukraine through the prism of its own territorial tensions with China.

Each of the four countries on Obama’s itinerary has a dispute with Beijing over islands and waters in the South and East China Seas. Their leaders will be weighing Obama’s willingness to support them if those conflicts boil over.

Administration officials have taken a tougher line on the territorial issues in recent weeks, sternly warning China against the use of military force and noting that the US has treaty obligations to defend Japan in particular.

But in an attempt to maintain good relations with China, the US has not formally taken sides on the question of which countries should control which islands. AFP and AP