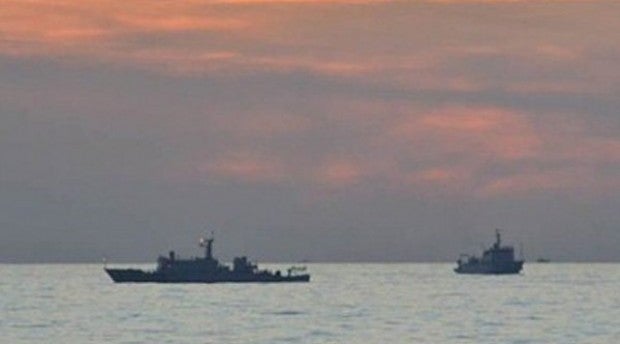 The Philippines’ case against China in the United Nations arbitral tribunal would be the country’s contribution to international maritime jurisprudence, setting an example of legal remedies that smaller nations could seek instead of submitting to lopsided negotiations with bigger countries, according to the Philippine ambassador to the United States.

Speaking at a gathering of businessmen in Makati City on Friday, Ambassador Jose Cuisia Jr. asserted the Philippines’ right to seek international arbitration in the face of Chinese incursions into the West Philippine Sea, the part of the South China Sea within the country’s exclusive economic zone.

“This arbitration case would be a model or an example for other smaller states in a similar situation to consider the dispute settlement mechanism under the Unclos (United Nations Convention on the Law of the Sea) as a way of resolving disputes in a peaceful manner,” Cuisia said.

First of its kind

“The arbitration case itself is the Philippines’ contribution to further strengthening Unclos… As the Philippine arbitration case against China is the first of its kind, the proceedings and its subsequent outcome would serve to enrich international legal maritime jurisprudence, especially over disputes concerning the interpretation and application of Unclos,” he said.

Invoking the convention, the Philippine government sought arbitration in January 2013 to nullify China’s claim over almost 90 percent of the South China Sea, and to halt Chinese incursions into the country’s economic exclusion zone.

The Philippines filed on March 30 its 4,000-page memorial, a pleading that details the merits of its case against China, angering China, which issued strongly worded statements condemning the action.

China has refused to take part in the proceedings.

Beijing has long been opposed to international litigation, insisting on bilateral negotiations that it again pressed on the Philippines last week, saying the arbitration bid “seriously damaged” relations between the two sides.

Cuisia made an indirect response to this in his remarks, saying: “It is my view that by taking the legal route, the Philippines is setting an international precedent whereby states have other viable options to resolving maritime cases other than in an asymmetrical negotiation, where the big and militarily strong nation would dominate the smaller nation at the negotiating table.”

He said the legal action was a win-win solution to the dispute, serving to set straight China’s maritime entitlements, clarify the Philippines’ rights to fishing, resources and law enforcement in the West Philippine Sea, and, for the international community, “assure peace, security, stability and freedom of navigation in the South China Sea.”

To the last drop of blood

Meanwhile, Vice President Jejomar Binay said the Philippines would pursue peaceful means to resolve the dispute but that it would defend its territories “to the last [drop of] blood.”

“Up to the last [drop of] blood. I think that must be our position. That we are ready to die up to the last blood,” Binay said on Thursday in a statement released after meeting the nine Marines who had just returned from a five-month extended watch on Ayungin Shoal, the boundary of the Philippines’ territory in the Spratly archipelago.

“But as much as possible, we will always resort to peaceful means,” he said.

Binay, a Marine reservist, met with six of the nine Marines who ended their tour of duty on the grounded BRP Sierra Madre on March 29.

The Philippines resupplied and rotated the garrison despite harassment by Chinese Coast Guard ships.