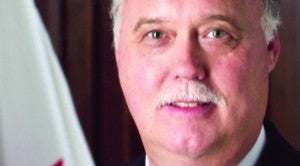 MANILA, Philippines – The Canadian Embassy said that it will resolve the importation of 50 container vans filled with toxic waste into the Philippines that came from Canada and intercepted by the Bureau of Customs (BOC) last February.

“We are trying to determine what has transpired and why we ran into this problem but we will resolve it; it is our intention to resolve it,” Canadian Ambassador to the Philippine Neil Reeder said in an interview with reporters Tuesday.

“We are responsible stewards of the environment in Canada and we expect our companies and the importing companies to be socially responsible. We will try to resolve this as best we can because we have a very strong relationship [with the Philippines and] we don’t want that to be affected by issues like this,” he said.

Last February, the BOC intercepted a shipment of 50 container vans with toxic waste that came from Canada and coming into the Port of Manila. The containers were mislabeled as recyclable plastics.

BOC cited violations of Republic 6969 or Toxic Substances And Hazardous and Nuclear Waste Control Act of 1990 as reason for intercepting the shipment.

Several environment protection groups protested the importation of the toxic waste and launched an online petition last March for Canada to take back the garbage.

Under the 1989 Basel Convention, which the Philippines signed in 1993 and Canada in 1992, “illegal traffic” of hazardous wastes is defined as transboundary movement of toxic waste without consent of state concerned or if consent was obtained by falsification, misrepresentation, or fraud.