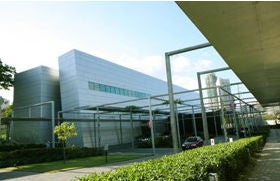 MANILA, Philippines – The British Embassy said Wednesday that it will not give any special treatment to those suspected of child abuse amid reports that a British national was arrested in Cebu for molesting three minors.

“The UK will do everything in its power to identify and bring swiftly to justice anyone involved in the abuse and exploitation of children wherever it takes place,” the Embassy said in an emailed statement Wednesday when asked what their policy was on the arrest of their nationals.

“The UK is firmly committed to action against crimes that exploit children. Abuse and exploitation of children is a global problem.  We continue to engage with authorities in the Philippines to help apprehend people suspected of such offences,” it said.

British national Stanley James Lamb, 73, was arrested by police in Cebu on Monday after he had allegedly invited three minors into his house and molested them.

The British Embassy said that it does not issue comments on individual cases but said that its part of their policy to offer Consular assistance and inform their nationals on how to access legal advice.

“With the recently agreed Extradition Treaty between the UK and Philippines, it will also now be possible to deport suspected offenders to the UK for prosecution,” it said.

“In the UK, it is normal practice for those convicted to be placed on a Sex Offender’s Register which places many restrictions on their conduct, travel and work,” the embassy said.

Previously, Italian ambassador to Turkmenistan Daniele Bosio was apprehended in Biñan, Laguna after he was seen “touching and caressing” children in a swimming pool.

Bosio was in the Philippine for vacation. He is being detained in the local police station while the children were turned over to the Department of Social Welfare and Development.