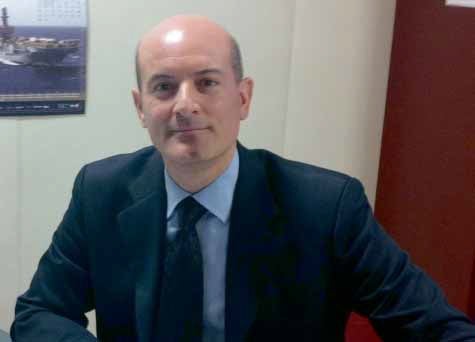 AMBASSADOR Daniele Bosio in a photo taken from the official website of the Italian Embassy in Ashgabat, Turkmenistan

MANILA, Philippines—An Italian diplomat detained in the Philippines is being investigated for alleged child abuse after he was found in the company of three boys, the government said Monday.

“He is now in detention while his case is undergoing preliminary investigation with the fiscal (prosecutor),” de Lima told Agence France-Presse.

Bosio, the Italian ambassador to Turkmenistan, was on holiday in the Philippines when he was detained, the Italian foreign ministry said earlier in Rome.

The ministry on Monday said he had been suspended.

“Following the confirmation of the arrest by Philippine authorities yesterday of ambassador to Turkmenistan Daniele Bosio, the foreign ministry has suspended the ambassador from his duties in accordance with the law,” it said in a statement.

De Lima said police alleged Bosio had violated the country’s law on anti-trafficking and abuse of children, and prosecutors were conducting follow-up investigations.

In the Philippines, prosecutors officially lay charges in the court.

Neither de Lima nor local police would give details of the specific allegations against Bosio. She did not say how long the investigation would take.

The police chief for the region with jurisdiction for the case, Chief Superintendent Jesus Gatchalian, said Bosio was being held in a jail in the town of Biñan, 39 kilometers from Manila.

“Officials from the Italian Embassy in the Philippines have already visited him,” Gatchalian said.

AFP was unable to reach anyone from the Italian embassy for comment.

An official at the embassy initially said only the ambassador would comment on the issue, but subsequent phone calls to try and reach him went unanswered.