• Language ordinance one of the most comprehensive language law in US 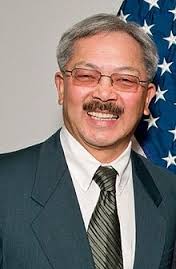 SAN FRANCISCO, California — Filipino (Tagalog), the most commonly spoken Filipino language in the Bay Area and the official language of the Philippines, is now a third required language, in addition to Chinese and Spanish, city officials announced April 2 at the Bayanihan Community Center.

San Francisco’s Language Access Ordinance was established in 2001 and is one of the most comprehensive local language laws in the nation.

The ordinance requires city departments that interact with the public to provide translated materials, interpreters at public meetings and other services.

Several City Departments already provide services in Tagalog and an array of other languages to meet state and federal requirements, but the City’s ordinance requires much more rigorous study and provision of multilingual services.

More than 112 different languages are spoken in the San Francisco Bay Area and 45 percent of all San Francisco residents do not speak English at home.

“San Francisco is a model for the nation in welcoming immigrants and empowering communities, and we are committed to doing even better on behalf of our immigrant populations,” said Lee.

“With today’s action, we are ensuring that the more than 10,000 Tagalog-speaking city residents who are limited English speakers have access to the same information and programs as every other San Franciscans, so that they too can share in the success of our city.”

“The Filipino community in San Francisco is an important partner who has helped make our city successful,” said Board President Chiu, author of major amendments to the Language Access Ordinance made in 2009.

“This certification is an affirmation of the hard work and contributions of all our language communities and another proud moment for the San Francisco family,” Chiu added.

In certifying Filipino (Tagalog) as a third language, the City’s Office of Civic Engagement and Immigrant Affairs (OCEIA) made the determination that there are more than 10,000 Tagalog speakers in San Francisco who are limited-English proficient and thus, meet thresholds outlined in the law.

As part of its ongoing work to engage and ensure full civic participation, the city is conducting a baseline study of Tagalog speakers in San Francisco to assist departments better understand the specific needs of the community in order to serve more residents.

“This is a great achievement in language access,” said Grace Lee, Policy Director for Chinese for Affirmative Action and Coordinator of the San Francisco Language Access Network, a coalition of nonprofit providers serving immigrant and monolingual communities.

“We are proud to continue the work started five years ago with our community partners, OCEIA, the Mayor and the Board of Supervisors,” she added.

Implementation of the new requirements will be phased in by OCEIA over the next 18-months starting July 1, 2014, with input from the Language Access Network and other community and city partners.

“Filipino residents feel that being able to communicate in their native tongue opens up the whole world to them and their families, from accessing basic services to contributing to their communities and the diversity of San Francisco. It is a long-overdue recognition of the near century-long presence and continuing concentration of Filipinos in San Francisco.”

The Language Access Ordinance ensures that the city communicates well with residents as part of its daily business and especially during crises, emergency and public safety situations.

For more information on the San Francisco Language Access Ordinance and the Office of Civic Engagement & Immigrant Affairs, go to: www.sfgov.org/OCEIA.