• Fil-Am dentist is a close associate of California State Sen. Leland Yee who was arrested by the FBI

• Claimed to be conduit to Muslim rebels who could supply arms

• A captain in Philippine military is supposed to be another source 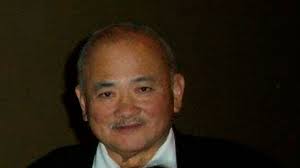 Wilson Sy Lim, 60, a U.S. citizen who runs a family dentistry practice in Daly City was taken into custody Wednesday, along with Yee and Jackson and charged with conspiracy to deal firearms without a license and to illegally import firearms.

Yee, Jackson and Lim were released from custody after posting bail.

Investigators believe that Chow, who served time in prison for a criminal history that includes racketeering and robbery, enjoyed a position of “supreme authority” in the Triad, an international organized crime group.

Lim, who has no known criminal record, was the alleged point man to Philippine-based arms supplier with supposed ties to Muslim separatist rebels in Mindanao and the Philippine military.

The arrest of Lim, known as a strong supporter of Yee, came as a surprise to the closely knit Filipino American community that has known Lim as a successful dentist who had a thriving family dentistry practice until his health faltered a few years ago.

Persons in the know said Lim campaigned for Yee in his unsuccessful bid for San Francisco mayor in 2011 and is again involved in Yee’s now-abandoned candidacy for California state secretary in the November elections.

Jackson, who was on the San Francisco Board of Education with Yee, has helped raise money for Yee’s political campaigns, including Yee’s failed 2011 San Francisco mayoral bid.

The affidavit said Yee and Jackson had a series of meetings starting December 2013 with the undercover agent, during which the idea of Yee providing contacts to arms dealers was discussed.

A federal agent successfully infiltrated the Bay Area underworld by posing as a New Jersey mobster, gained the confidence of both Yee and Jackson, 49, owner of the San Francisco-based Jackson Consultancy.

The agent said Senator Yee took an “agnostic” stance of weapons dealing. “People want to get whatever they want to get. Do I care? No, I don’t care. People need certain things,” Yee was quoted as saying.

On March 11, Yee, Jackson and Lim finally met with the undercover posing as an operative of the New Jersey Mafia at a San Francisco restaurant to discuss an arms trafficking transaction, the affidavit said.

During the meeting, Lim said the weapons could be shipped to Manila or Cagayan de Oro City in Mindanao, where unconfirmed reports say Lim came from before immigrating to the United States.

Lim said that the Philippine contact person would be his nephew (who was not identified) and that a captain in the Philippine military would provide the weapons to Lim’s nephew.

According to the affidavit, Lim preferred that he be provided with a shopping list of desired weapons, which he would then transmit to his Philippine contacts. 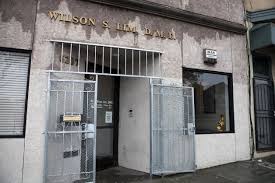 He also said he would arrange a meeting with a top rebel commander to facilitate the arms transaction and claimed some of the leaders of the Muslim rebels were his “friends” but he does not personally associate with them.

To avoid unwanted attention in the Philippines, Yee and Lim suggested it would be better to deal with smaller amounts of weapons.

Three days later, on March 14, there was another meeting with Yee and Jackson, during which Jackson gave Yee $6,800 in cash for introducing and a list of weapons for him to give to Lim.

During the meeting, Yee and Jackson openly discussed how they would break up “a large sum of cash” provided by the agent into legitimate campaign donations.

The agent said he could take the cash and have one of his children write out a check.

Later that evening, the agent walked with Senator Yee, and Yee said he would make a photocopy of the list and give it to Lim, who would in turn mail the list to his source of supply for weapons in the Philippines.

“I believe that this demonstrates probable cause for a violation of Title 18, United States Code, Sections 371, 922(a)(I) and 922(1) by Senator, Yee, Keith Jackson, and Lim,” the affidavit said.

The FilAM Star repeatedly tried reaching Lim’s dental clinic but he has not responded.