• At 34, he is one of the youngest educational leaders in California 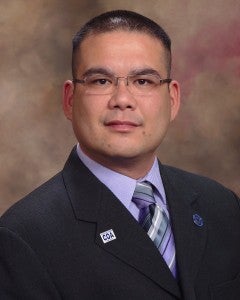 ALAMEDA, California — Alexis S. Montevirgen, Ed.D. has been appointed Vice President of Student Services at College of Alameda, the Board of Trustees for the Peralta Community College District announced recently.

The appointment makes Montevirgen the highest-ranking Filipino-American administrator in the Peralta Community College District and the first to be appointed to a top position in the district’s 50-year history. At the age of 34, Montevirgen he is also one of the youngest educational leaders in the state.

Montevirgen joined College of Alameda as the Dean of Enrollment Services/Student Services in August of 2009 and he has been serving as the College’s Interim Vice President of Student Services since July of 2013.

He is one of the founders of Men of Color Initiative at College of Alameda. Moreover, he has championed student success efforts to ensure that the college is compliant with the Student Success Act legislation.