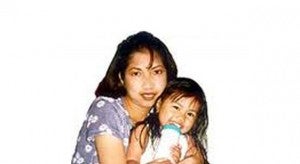 Tar Ramirez Beltran was convicted of second-degree murder and sentenced to 26 years to life in prison for fatally stabbing Claire Tempongko, 28, in front of her two children in her Richmond District apartment in October 2000.

He testified that he had been thrown into a rage after she told him, in insulting language, that she had been pregnant by him and had gotten an abortion. The state’s high court unanimously denied review of the case on March 19.

“The circumstances surrounding the tragic murder of Claire Joyce Tempongko dealt a heavy blow to all victims of domestic abuse, but it rallied the domestic violence community to push for a myriad of necessary changes that have enhanced our response to incidents of domestic violence,” Gascon stated.

“It is essential that we maintain our focus, resolve and commitment to protecting victims of domestic violence, and ensuring perpetrators are held accountable for their crimes,” he added.