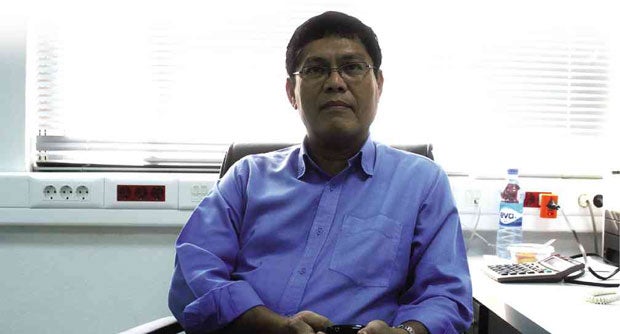 Pablo “Lito” Nucum, 59, worked different jobs in Saudi Arabia and other parts of Asia for over 25 years.  A graduate of the Polytechnic University of Manila, he had done quite well as an accountant and office manager.

“I became an OFW to escape poverty. I had younger brothers and sisters to help and a salary in the Philippines for the young and inexperienced was not enough to support a family,” he recalled.

After 17 years, he left Saudi Arabia for greener pastures, so to speak. In 1998, he teamed up with his former German boss in Sulawesi, Indonesia as an accountant in a pulp mill project.

“It was during this time I measured my career as probably having reached the pinnacle, pay and positionwise. I had high hopes my employment would last much longer as at that time I just signed another contract with the same German company for their nickel ore project in South Sulawesi,” Nucum related.

In reality, there are no permanent jobs for an OFW, even if they have contracts, he mused. An employer can terminate or cancel a contract anytime. And that is what happened to him during his stint in Indonesia. At that time he was already married with kids, and he found his savings dwindling fast.

The family had set up a small meat processing business but the earnings were not enough to support the household. Eventually the business folded.

“After 25 years of working abroad I found myself cash strapped, my pride crushed to the ground from one job rejection to another.  Either I was overqualified for a position or just too old at 52,” he recalled.

According to him, there seemed no other option but to find work abroad again.

It was 2006 when he received an e-mail from a former German colleague offering him a job in Nigeria. It took two years for him to get a visa. At that time, there was a travel ban for OFWs in Nigeria.

Luckily in 2008, immigration authorities let him pass, noting that his area, Abuja, was deemed safe for Filipino

“I never felt so ecstatic in my life. I was an OFW again.  Having experienced the lowest ebb of my life, I was more happy than sad leaving my family.  On that blessed day of April 8, 2008 (one day before his 28th wedding anniversary), I was on a KLM flight from Manila to Amsterdam.  It was déjà vu because my first plane ride when I first became an OFW in March 1980, was also on a KLM flight.”

Presently, Nucum is enjoying the challenges that go with being the administrative manager of a firm. Aside from Nucum, there are only five other Filipinos working at Dantata.

As a veteran OFW, he still questions the benefits he will get from the government when he retires. Nucum laments that OFWs are not given enough attention and security after they go back to the Philippines. He mentioned  the Overseas Filipino Workers Bank which he proposed in 1987 and which was picked up by some politicians but after a while it was apparently shelved.

To his fellow OFWs he has this to say: Unity is important. OFWs need a stronger voice to get government to find better ways to give overseas Filipino workers security benefits—real recognition for all the sacrifices they have made.

“Stay faithful to your vows to cherish your loved ones, who also suffer with us every time we bid them goodbye,” he said.

He sees overseas work opportunities as a blessing from God. An OFW for 36 years now, Nucum is the face of many OFWs who have experienced loss of jobs, despair, and financial insecurity.

Presently, Nucum is the administrative manager and cost-controller at a construction company in Abuja State, Nigeria. It is the largest partnership between Nigerians and Germans in the State employing more than 5,000 local and foreign workers.