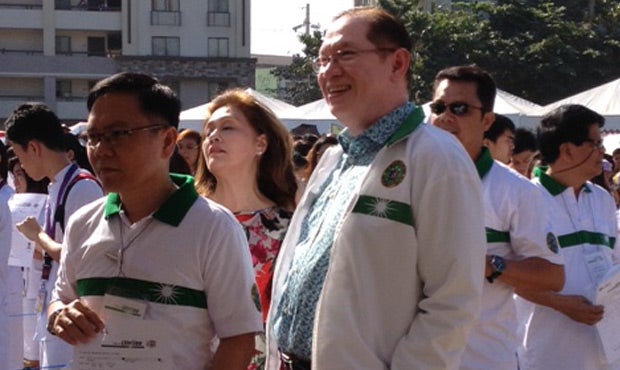 MANILA, Philippines—The Philippines beat the Guinness World Record for the most number of people who signed up as an organ donor within an hour in a single site.

In a statement by the Department of Health (DOH), at least 3,548 people on Friday pledged their organs for donation in  the Polytechnic University of the Philippines (PUP) in Santa Mesa, Manila, beating the record held by Gudjarat, India at 2,755 donors last September 2013.

The event is part of the “I’m a Lifeline” campaign of the Philippine Network for Organ Sharing (PhilNOS) under the health department.

“Organ donation is an act of legacy and salvation of one another. By pledging your organs, you say, ‘I will do it during life, and I will do it beyond life,’” said Dr. Antonio Paraiso, program manager for PhilNOS, in the statement.

Health Assistant Secretary Dr Eric Tayag said donors need not worry since their pledged organs would be harvested from them after they die.

According to the health department, at least one Filipino dies each hour from kidney failure, the 9th leading cause of death in the country.