Chief of US Pacific Fleet now in PH for talks 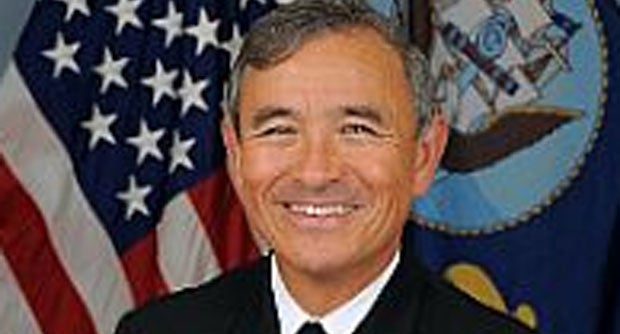 US Navy Admiral Harry B. Harris, Jr., Commander of the US Pacific Fleet. PHOTO from http://www.navy.mil

MANILA, Philippines – One of the highest ranking officers of the United States (US) Navy is in the country to discuss, among others, the implications to Asia of the US military’s rebalancing of its forces.

US Navy Admiral Harry B. Harris, Jr., Commander of the US Pacific Fleet, arrived in Manila Monday and is scheduled to meet with US Ambassador to the Philippines Philip Goldberg, Vice Admiral Jose Luis M. Alano, Flag-Officer-In-Command, and General Emmanuel Bautista, Chief of Staff of the Armed Forces of the PhilippinesFP, the US Embassy said in a statement.

“Adm. Harris plans to use this opportunity to discuss the strong and enduring relationships between the U.S. and Philippine navies, the implications of the U.S. military’s rebalance to the Pacific, and the importance of naval engagement and cooperation for humanitarian assistance and disaster relief,” it said.

Harris was born in Japan and raised in the US. He graduated from the US Naval Academy in 1978 and became a naval flight officer, according to the US Pacific Fleet Command website.

He previously served in operations in the Middle East such as Desert Storm, Enduring Freedom, Iraqi Freedom, and Odyssey Dawn in Libya in 2011.

“Harris has logged 4,400 flight hours, including more than 400 combat hours, in maritime patrol and reconnaissance aircraft,” said the statement.

This will be the first visit of Harris to the Philippines as the Commander of the US Pacific Fleet.

He is the highest ranking Asian-American in the history of the U.S. Navy, the US Embassy said.